I should think that my pick for the game I want to highlight here would be super obvious, particularly taking into account my previous blog post.
So, yeah, I’ll be going over that in detail, but this is another post where I will also feature some of the other games I have been playing.So, what have I been playing for the past month or so?

Well, Fire Emblem Warriors saw the release of the Awakening DLC, bringing along three new characters: Owain, Tharja and Olivia. I’ve been working my way through the newly added maps as well, tackling one or two between other games.
Out of the new characters, it is Olivia that I have enjoyed playing as the most. 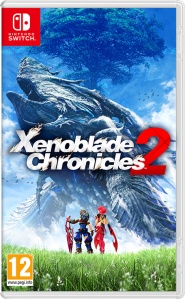 Xenoblade Chronicles 2 was updated recently, which means new Rare Blades to acquire. I’m pretty much just grinding a specific enemy to farm Legendary Core Crystals in an attempt to get that last lousy Rare Blade I need. This will probably take me quite a while, especially I don’t have the optimum set up required to do this efficiently. It doesn’t help that I started the New Game+ as well, and I haven’t got back to the point where I can gather all the stuff I need for that optimal set up.
Still, I managed to get KOS-MOS before, and that was at lower levels. I’ll get that last Rare Blade eventually – hopefully before the new ones are released later on in the year.

Have a link to another unboxing post, as I have also been playing Atelier Lydie & Suelle ~The Alchemists and the Mysterious Paintings~. Steadily making my way through that game, probably not taking full advantage of the alchemy system.
I’m having fun with the game, though. Lydie and Suelle are fun characters, though Firis is stealing the show for me – and her sister Liane is pretty good, too.
There are quite a few neat touches I really like about this game as well. Lydie and Suelle’s item descriptions are full of humour, and the way that rain falls on the pause menu during rainy days is something I find to be quite pleasing.
It’s not just item descriptions that are funny, either – the whole game has got a good sense of humour to it. 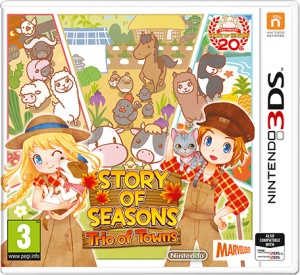 On my 3DS, I recently bought Story of Seasons: Trio of Towns as Argos was selling it relatively cheaply. It’s about what you’d expect from a farming sim, and I’m taking my sweet time with it.
I must have had it for at least a good couple of months now, and I haven’t even got through spring of the first year. That’s how slowly I’m taking it.
At the time of writing, I only have two of the trio of towns available. Still, I feel no need to rush through this game.

Enough about all that, though. Time for the main feature.

Gal*Gun 2 is the fourth game in Inti Creates’ Gal*Gun series. You take control of the blandest of anime protagonists: a self-insert OC. The game is played from a first-person perspective, and should you look down, you’ll see that you don’t even have a body to speak of. That’s how bland the player character is. Don’t expect to get an actual name, either…

You are a regular academy student (how many anime have opened with that premise?). One day, you notice an app on your phone you don’t remember installing. Investigating the app results in you receiving an odd pair of goggles and a handheld vacuum cleaner called the Demon Sweeper.
Instead of questioning any of this, you immediately put the goggles on and discover an angel standing before you. Her name is Arisu, and she has chosen you to help her hunt demons.
You are given 30 days in order to rid the academy of a demon called Kurona, who previously appeared in Gal*Gun: Double Peace.

Equipping the goggles comes with a side effect – most of the girls at school become infatuated with you. You’ll need to fight off their advances with the help of your Demon Sweeper, whilst keeping an eye out for demons.
The Demon Sweeper can suck up demons, and dresses as well. Can you tell that this is a fanservice game yet?

There are a few different mission types. The first one you’ll play simply has you fending off the advances of the academy’s girls, whilst dealing with demons. Others will see you defending girls from demons, seeking out items and getting up close and very personal with Doki Doki Mode. 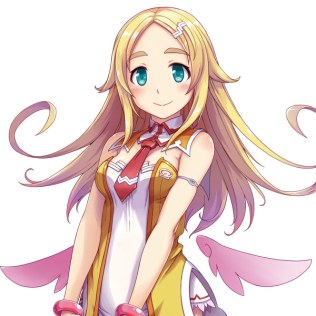 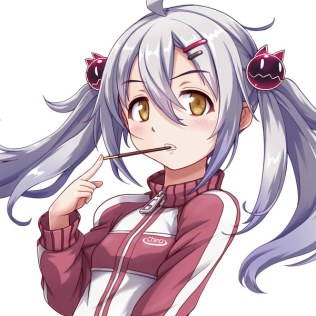 Gal*Gun 2 features a new cast of characters. You have the angel Arisu and the demon Kurona, who have already been mentioned. You also have the girl next door Chiru Kondo, and, of course, the childhood friend Nanako Tamaki.
Apparently these girls are really into bland, faceless, bodiless protagonist types, as they’ll fall for you – as long as you give them plenty of sweets and complete certain missions.
On the plus side, these girls are actually fun characters who are lucky enough to have personalities.
From the main cast, Chiru is shaping up to be a favourite of mine. As for characters not mentioned here, I’m also fairly fond of the demon hunting sisters.
I’m guessing that there are different endings for the main cast, though I have yet to play that much of the game.

Yeah, I’m taking digs at some clichés here, but I have found myself enjoying the gameplay. This type of game is certainly not for everyone, but I imagine that if you know what you are getting yourself in for, you will probably enjoy it as well.
This is a silly game with a silly concept, and not something that should ever be taken seriously.
The game also has a score attack, so you can revisit stages you have played previously and chase after high scores.

I enjoy writing, manga, anime and video games, so naturally here on my blog, you will find anime reviews, Nintendo news and other such things that I deem interesting.
View all posts by Rory →
This entry was posted in Games of the Month and tagged Gal*Gun 2, Inti Creates, Nintendo Switch, PQube, rail shooter. Bookmark the permalink.