Here’s the box that contains (almost) everything

We’ll start with the collector’s box, which has artwork on the front as you would expect. The rest of the box is a bit plain, though – it just has the background colour scheme. The back does have the title, and ‘Welcome to Pantsu Paradise’ written on it as well.
All the extra items were bundled into the box, though that left no room for the game itself. Not that I mind; I keep my Switch games piled together, and my various Limited and Collector’s Editions boxes elsewhere.

As you can see, I got the Nintendo Switch version of the game – it is available on PS4 as well. Nothing much going on inside the case, and apparently I skipped out on taking a picture of the back. There’s a few screenshots and art of Chiru Kondo on the back, together with all the usual small print.

Next is a double-sided “gaming accessories pouch”. Those quotation marks are there in the official product desciption. It also encourages you to put “whatever you want” inside – you know, like a Switch, or a DualShock 4. The character featured on the pouch is Arisu the Angel. For those curious the measurements of the pouch are 28x16cm.

Also included is a Mr. Happiness plushie. It is exactly as you see above; I don’t really have anything more to say about it.

You will also find a set of six badges, featuring Gal*Gun 2 art. Not really too much to say about these, either. They are badges, they do what you would expect badges to do.

Like with so many Collector’s/Limited Editions before it, Gal*Gun 2 comes with an official soundtrack. There are a total of 41 tracks.

Inside the CD case, you’ll find the tracklist on the left and the CD itself on the right

Seeing that they’ve used the same artwork of Arisu for the CD as the front cover is a little disappointing, but there are some other pieces of art that have been used as well.

You’ll find artwork of Chiru under the CD

That’s the soundtrack CD covered, now it is time for the final item. This is another one that is fairly common with Collector’s/Limited Editions: the art book. 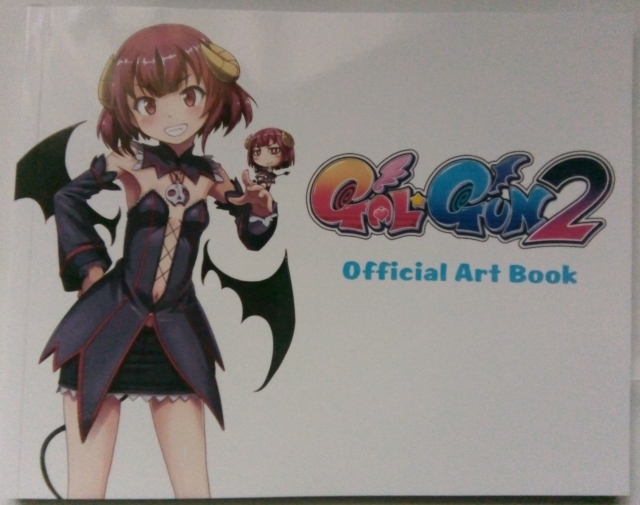 As you might expect, the art book contains art for Gal*Gun 2. It has in-game illustrations, promotional artwork, concept art and character art. I’ll show you a couple of the pages. 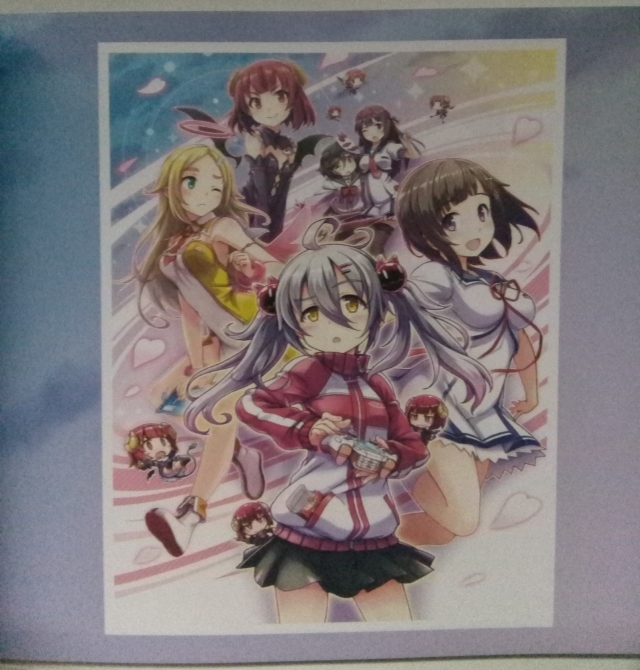 That is everything you get in the Gal*Gun 2 Free Hugs Edition. There is some neat stuff contained within.

I enjoy writing, manga, anime and video games, so naturally here on my blog, you will find anime reviews, Nintendo news and other such things that I deem interesting.
View all posts by Rory →
This entry was posted in Unboxing and tagged Gal*Gun 2, Inti Creates, Nintendo Switch, PQube, Unboxing. Bookmark the permalink.