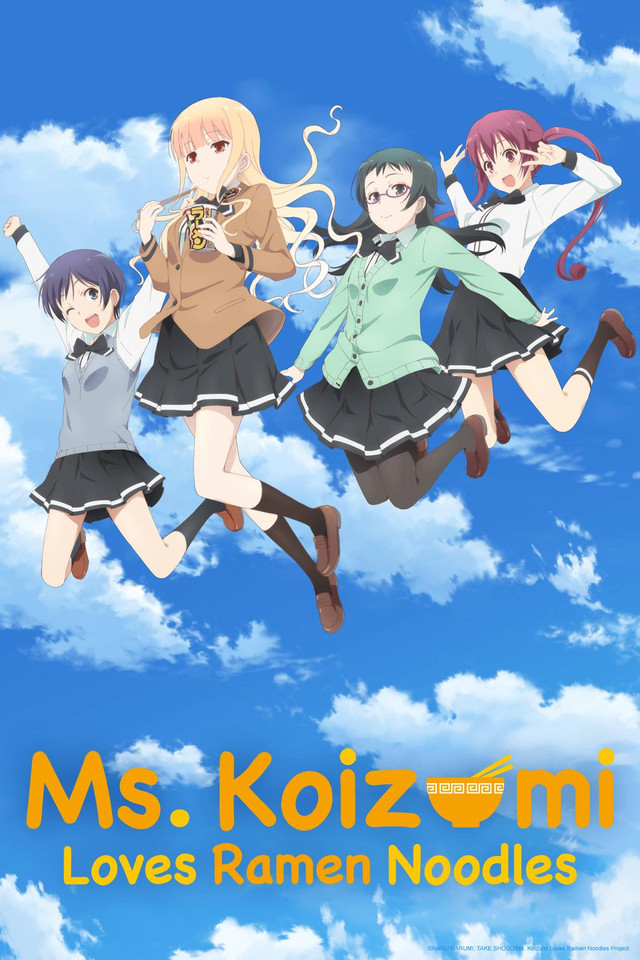 Ms. Koizumi Loves Ramen Noodles is a twelve-episode anime adaptation of the manga series written by Naru Narumi. There was also a live-action drama series adaptation, but this review will be focusing strictly on the anime.
The series was co-animated by Studio Gokumi and AXsiZ, and aired as part of the winter 2018 season of anime. Ms. Koizumi Loves Ramen Noodles is available on Crunchyroll.

In case you haven’t guessed by now, Ms. Koizumi Loves Ramen Noodles features a character named Koizumi who loves her ramen. Whilst there is some slice of life stuff, the main attraction here is in the variety of ramen that Koizumi and the other characters eat. 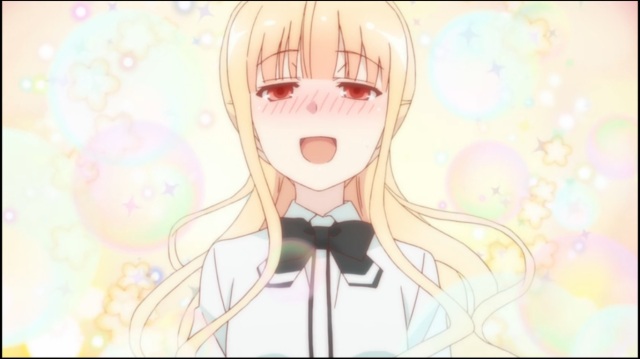 Koizumi does indeed enjoy her ramen

This show probably could have worked as a series of shorts in which Koizumi enjoys different types of ramen, but it has a little more to offer than that.
It is mostly just slice of life stuff that is being dished up alongside the ramen, and that certainly won’t be to everyone’s taste.
What makes Ms. Koizumi Loves Ramen Noodles stand out a little in that regard is the character of Yuu Osawa. Yuu is in love with Koizumi; there’s no dancing around that fact. Unfortunately for Yuu, Koizumi’s only love is ramen. Yuu could be a poster girl for unrequited love…
Not that Yuu allows that to deter her. At times, her obsession with Koizumi strays dangerously close to stalker territory. It just seems that Yuu’s love of Koizumi could have been handled a little better.
Still, when Yuu is being more level-headed, the constant rejections she gets may earn her a little sympathy. 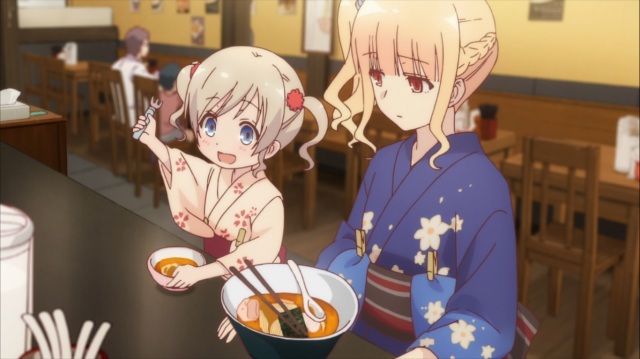 Koizumi eats ramen alongside a variety of characters

Of course, Koizumi and Yuu aren’t the only characters. Two other classmates end up eating with Koizumi on a couple of occasions, and they round out the four-character ensemble that you tend to see in shows like this one.
Then you have one-shot characters, who are generally inspired to eat ramen after they see Koizumi enjoying her own.

When it comes down to it, though, the real star of Ms. Koizumi Loves Ramen Noodles is the ramen. Characters eating the stuff often results in exaggerated reactions to it, which is something that feels like it has become far more commonplace in recent memory.

The soundtrack is fairly decent as well. The jingle that plays during eyecatches will certainly get stuck in your head, and what is most likely Koizumi’s theme is pretty nice as well. The opening and ending themes are all right.

Eating ramen is the order of the day in every episode of Ms. Koizumi Loves Ramen Noodles, so it doesn’t really offer anything new as the series progresses. If you enjoy watching characters eat ramen, then this will certainly appeal.
If you’re hoping for some kind of romance to unfold between Yuu and Koizumi, then there will only be disappointment to be found here. That’s just a secondary thing; the ramen is the main focus.

Score: 6/10
A serviceable slice of life series, in which the characters eat a lot of ramen. Probably won’t hold much appeal for those not into their slice of life. Could have stood to do something more with Yuu’s love of Koizumi as well, since removing that would probably not affect much in the grand scheme of things.

I enjoy writing, manga, anime and video games, so naturally here on my blog, you will find anime reviews, Nintendo news and other such things that I deem interesting.
View all posts by Rory →
This entry was posted in Rory's Reviews and tagged Comedy, Ms. Koizumi Loves Ramen Noodles, Rory's Reviews, Winter 2018 Anime. Bookmark the permalink.