Can you believe that it has been more than a year since the Nintendo Switch launched? The console is certainly doing well for itself in its first year, and it seems that Nintendo are keen to continue that momentum for its second year.
The game I want to feature here stars a certain pink blob, who will find himself with some help on his quest.
Before that, I also want to share a couple of honourable mentions. First is A.O.T. 2, which will allow players to experience the story of Attack on Titan‘s second season, as well as creating a custom protagonist amongst many other things.
Another game that I want to mention is one that I should be getting towards the end of this month. If all goes well, I shall be picking up the Limited Edition of this particular game, so you’ll be able to expect another unboxing post from me around then.
With all the honourable mentions done, let’s focus on a game developed by HAL Laboratory. 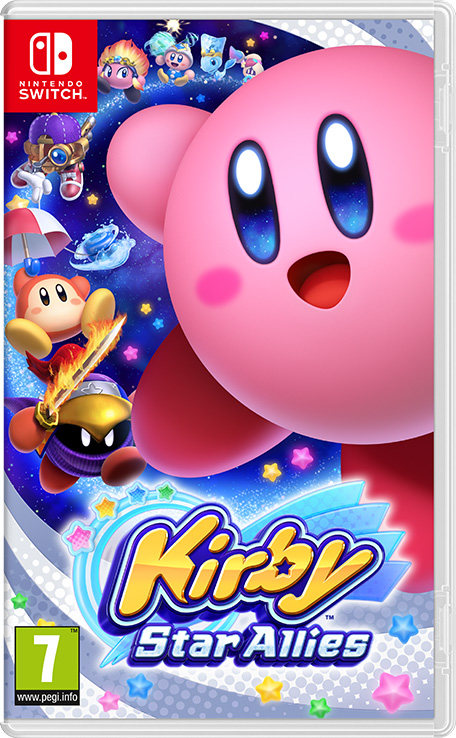 Once again, there is trouble in Dream Land, which means it is time for a new adventure featuring Nintendo’s pink puff ball, Kirby.
In Kirby Star Allies, dark hearts rain down from the sky, causing something to go wrong in Dream Land. However, one heart hits Kirby and he gains the ability to befriend enemies. 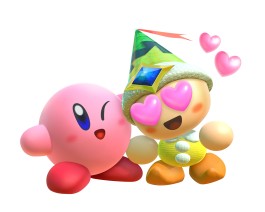 By throwing friend hearts at enemies, or Copy Essences, Kirby is able to gain allies that will help him on his quest.
Kirby can be joined by up to three allies, and you can even have up to four players playing together at once.
The drop-in/out co-op means that a player can join or leave at any time they desire.

Another perk of having allies is being able to combine abilities – as shown to the left, you can power up the Sword ability with fire to use the Sizzle Sword ability.
There are a varied number of combinations available, which you can use to defeat enemies, solve puzzles and overcome obstacles.

Of course, being a Kirby game, copy abilities are present as well. Kirby Star Allies has plenty of copy abilities, from familiar ones such as Sword and Fighter, to new ones like Spider, Festival, Staff and Artist.

A couple of minigames are available to play as well, should you want a small distraction from the main story. One sees you cutting down trees, whilst the other has you batting away an incoming meteor.

Kirby games have never been the most challenging titles, but they are always good fun to play. Kirby Star Allies is proving to be no exception to that rule.
If you are a Switch owner, and don’t know whether Kirby Star Allies is for you, then you could always download the free demo from the eShop to try it out.
But for me, I am a fan of Kirby games, and this is a welcome addition to my collection.

I enjoy writing, manga, anime and video games, so naturally here on my blog, you will find anime reviews, Nintendo news and other such things that I deem interesting.
View all posts by Rory →
This entry was posted in Games of the Month and tagged Game of the Month, HAL Laboratory, Kirby Star Allies, March 2018, Nintendo, Nintendo Switch. Bookmark the permalink.