After taking a break last week, KiraKira ☆ PreCure a la Mode is back. January 7th is the date of Ichika’s birthday, and it’s going to be quite a memorable one for her.

At KiraPati, the girls discuss what they are going to do with their futures. They all seem to have something in mind, except for Ichika. Oh, and Ichika’s birthday is also coming up, so there’s excitement for that as well.

Noir and Elisio return to being one

Elsewhere, Noir is about ready to stain the world in darkness. It turns out that Elisio was actually part of him, but now they’ll go back to being one.

Later on, the girls end up splitting up into groups. Himari stays with Ichika, and gives an impassioned speech about how they first met and the growth she has experienced since then thanks to everyone.
Meanwhile, Aoi and Yukari board the same bus, and Aoi asks how long Yukari plans to stay abroad for. Yukari doesn’t have an answer, though she may travel somewhere else after she’s done with Confeito. Yukari also tells Aoi that is cool, which leaves her blushing.
Akira goes to Ciel place to check out chocolates for Miku. Ciel asks her about her plans for university – Akira knows that she will end up being apart from her sister, but they’ll be together in spirit. 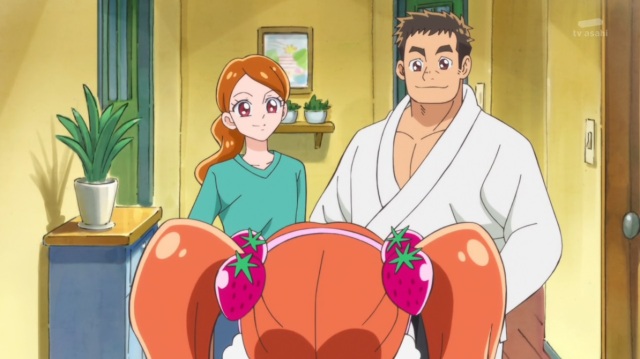 Ichika’s Mum is waiting to surprise her at home

When Ichika gets home, she is surprised to discover that her Mum is waiting for there. During dinner, she asks them about the future. They pretty much just told her that they enjoyed middle school at her age, and it isn’t something she really needs to concern herself with at the moment. Besides, she loves making sweets and that is enough.

Ichika’s birthday arrives, and KiraPati is decorated appropriately. Ichika also helps to make her own cake.

The usual suspects gather to celebrate Ichika’s birthday, and even a few KiraPati customers join the celebrations as well. Just before Ichika can blow out the candles on her birthday cake, there’s one more visitor – and this one is unwelcome. It appears to be Diable, who steals the kira-kiraru of the customers and Ichika’s parents. When the girls step outside, they discover who it actually is.

Noir arrives and stains the world in darkness

Noir blasts both Bibury and Pikario, and then it’s PreCure transformation time. We get an abridged version of the transformation sequence, without the usual music. Instead, we have a more ominous theme playing.
PreCure launch an attack on Noir, but ultimately it does nothing. Noir retaliates, but his attack is stopped.

Time for a flashback to how Lumiere first encountered Noir. She ended up taking him in and looking after him when he collapsed in town. She taught him how to make sweets, but the sweets he made didn’t retain their kira-kiraru. 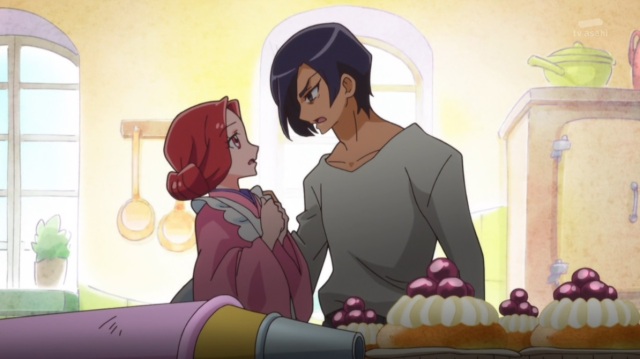 Noir tells Lumiere to make sweets only for him

Noir is never able to make sweets that retain their kira-kiraru, so he does the next best thing and demands that Lumiere makes sweets only for him. She refuses, so he decides to cover the land in darkness.
Of course, that led to Lumiere carrying out her duty as PreCure, and know how all that ended up.
In the present day, Noir gives the typical villain spiel about how feelings are useless. Of course, Ichika tells him that isn’t the case, and his desire to make sweets was born from love.

Whip has friends she can count on

Lumiere entrusts PreCure with her power, and asks them to save Noir. The kira-kiraru of the feelings of both sides clash. PreCure use their finishing move. Noir holds it back, but then something happens.

Elisio emerges from within Noir

Elisio emerges, and he turns both Lumiere and Noir into cards. He then turns the world into one without love or hatred – a new, empty world.

Ichika wakes up with no memory of what she was doing

Elisio was able to carry out his plan, and Ichika wakes up in that new world. She doesn’t remember what she was doing, and she doesn’t seem to know what her transformation trinkets are for.

This is where the episode ends, and I believe I mentioned something about Elisio potentially betraying Noir during one of these previous episodics. I’m glad he did, though – Elisio is a more interesting villain than Noir. Well, that’s what I think anyway.
I quite enjoyed this episode, mostly because it is set up for the inevitable final confrontation.
Learning more about the connection between Lumiere and Noir was also interesting, and I did enjoy the interactions between characters that we don’t really see too much – Yukari and Aoi, as well as Akira and Ciel. Ichika and Himari’s conversation was good as well, but they do interact more than the other characters.

The world has changed for the worse, which means that somebody will have to put it right next time.

Finally, it is around 21:05 on January 7th as I type this, so it is a fitting time to say happy birthday to Ichika Usami. 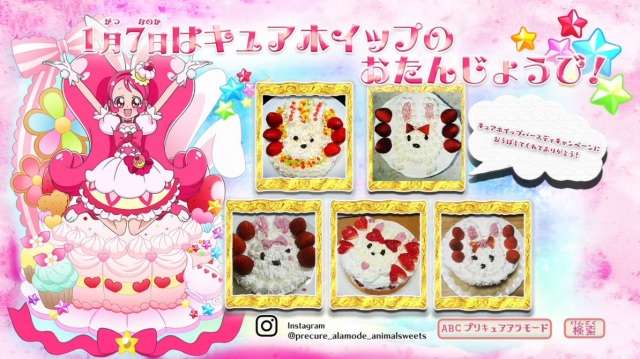