A few days ago, the official website for Hugtto! PreCure updated with character and story information. 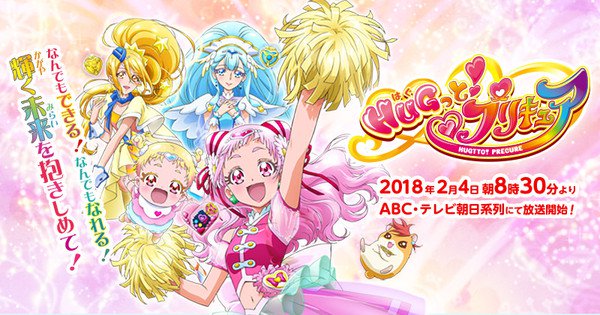 As you may be able to tell from the above image, Hugtto! PreCure will premiere on February 4th, 2018. 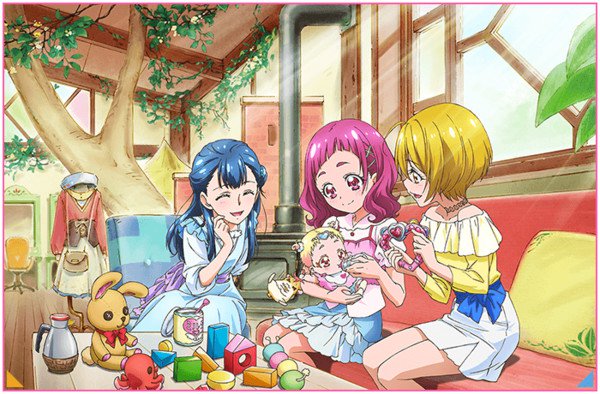 The visual above shows the characters in their civilian forms, but now let’s take a look at the next generation of PreCure: 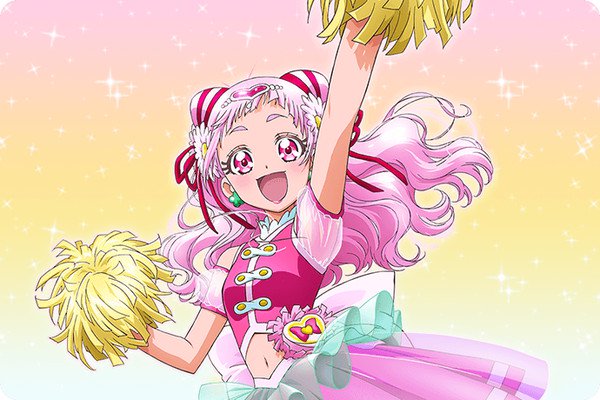 A girl in the second year of middle school, and also a transfer student. Compared to other girls her age she is relatively short, though that doesn’t stop her from wanting to be a cool adult big sister. Whilst she will try anything that interests her, she is prone to making mistakes. On her first day at her new school, she messes up cutting her bangs and is late for class. Hana transforms into Cure Yell out of the strong desire to protect the mysterious baby Hug-tan. Her catchphrase is “Cheering everyone on! Energetic PreCure! Cure Yell!” 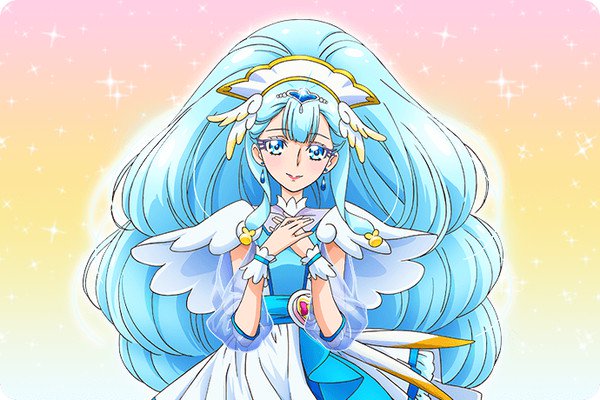 Saaya is the class representative from Hana’s class, and a girl that everyone says has the kindness of an angel. Her mother is an actress, so Saaya has played child parts from a young age, but she worries about what she herself wants to do. She transforms into Cure Ange because of her strong desire to help Cure Yell. Her catchphrase is “Healing everyone! Wise PreCure! Cure Ange!” 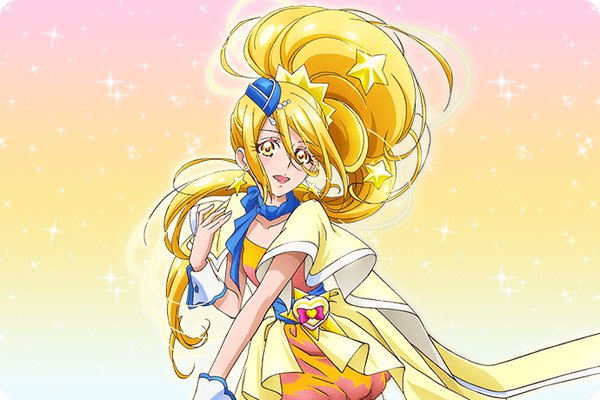 Homare is a stylish and mature girl in Hana’s class. She was once a figure skater, but has distanced herself from the sport after a failed jump. Upon meeting Hana and the others, her passion is reignited and she decides to try again. She transforms into Cure Étoile due to her strong feelings of wanting to conquer her own weakness. Her catchphrase is “Everyone Shine! Strength PreCure! Cure Étoile!”

So that’s the three new Cures we will be getting for the next season, but it isn’t PreCure without a mascot character or two. 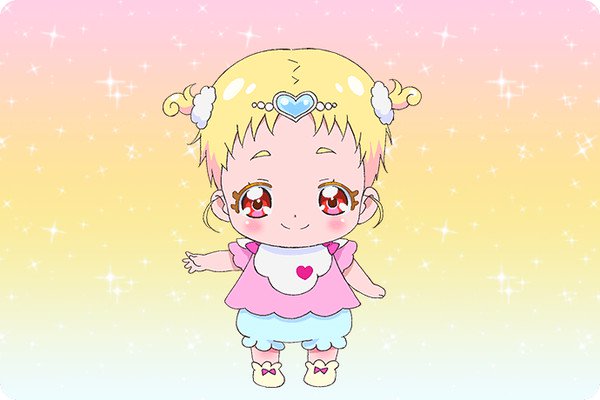 Hug-tan is a baby that came from the sky that Hana ends up looking after. Together with Hari, she flees from the evil Clias Company. She carries the Mirai Crystal, a crystallisation of power that creates tomorrow. If it is captured, everyone’s futures will be lost and Hug-tan will disappear. 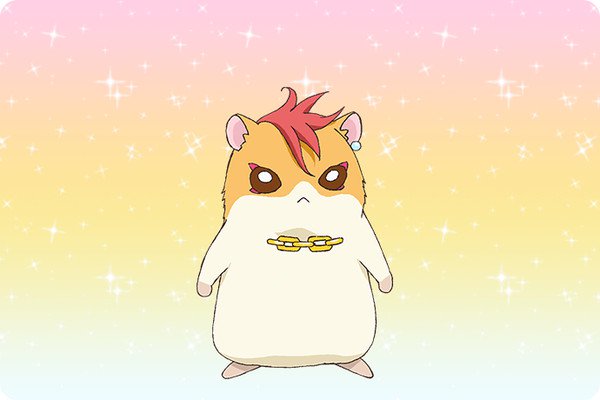 Hariham Hari is a hamster that speaks with a Kansai dialect. He is supposed to instruct Hana and the others about how to be PreCure, but he is not very willing. He is also able to transform into a good-looking guy.

The tagline for this season of PreCure is “You can do anything! You can be anything! Embrace a shining future!”

I feel like these designs are pretty typical for PreCure. They don’t really have anything that make them stand out.
I’m also a little concerned with them bringing up Hari’s ability to transform – that reminds me of Yes! PreCure 5 and Yes! PreCure 5 GoGo!, and I really did not enjoy those two seasons.

On the more positive side of things, we do potentially have another three mothers thing going on here, similar to what we got with Maho Girls PreCure! with Mirai, Liko and Mofurun raising Haa.
Rumour has it that we will see the return of close quarters combat for the fights. That will certainly earn this season some bonus points if that is true.

So, as things stand right now, Hugtto! PreCure doesn’t seem to have much to make it stand out from other seasons of PreCure. Of course, we’ve only just been introduced to the characters – we won’t know what it will actually be like until the show starts airing in February.