KONOHANA KITAN is a twelve episode anime adaptation of the manga written by Sakuya Amano.
The anime was produced by Lerche, directed by Hideki Okamoto and written by Takao Yoshioka. The music for the series was by Hajime Kikuchi.
KONOHANA KITAN aired during the autumn 2017 season of anime, and is available on Crunchyroll.KONOHANA KITAN is set at a hot springs inn known as Konohanatei, and the plot starts wuth the arrival of Yuzu – a foxgirl who is the newest employee of the inn.

Since this is a slice of life show, the focus is on Yuzu and her fellow employees’ everyday lives working at Konohanatei.
As the series goes on, it is soon revealed that Yuzu is really good at giving motivational speeches – which only adds on to her sweet and innocent nature. 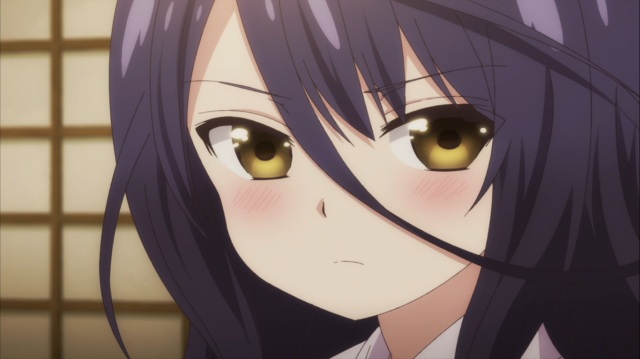 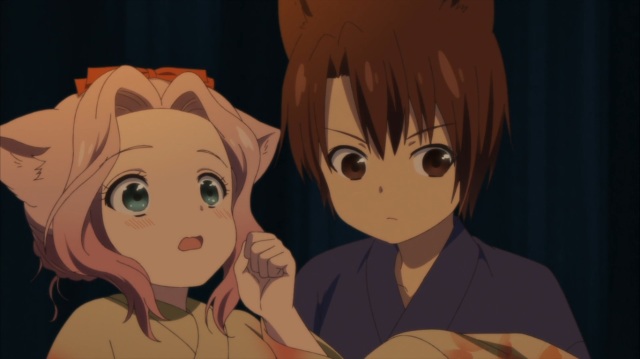 Next up are Ren and Natsume. These two never seem to be far apart. Ren is very feminine, seeking solace in being beautiful. She also encourages the others to look their best, and is seen making clothes for others on more than one occasion.
Meanwhile, Natsume is a tomboy and is often mistaken for being male. Out of all the attendants at Konohanatei, Natsume is the most playful.

The head attendant of the inn is Kiri. Kiri tends to tease Satsuki. Kiri also happens to be well experienced at dealing with others, and has an emotionally-intelligent side. 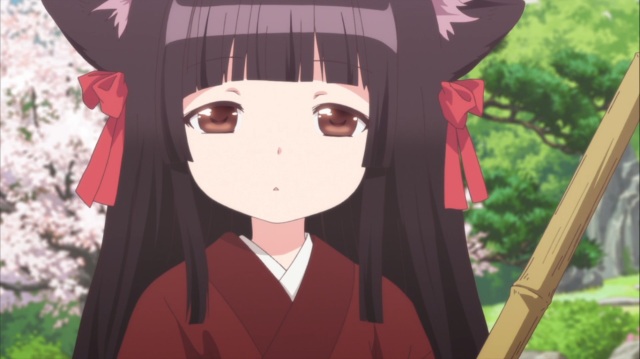 The last member of the core cast is Sakura. She’s the youngest member of Konohanatei, and has an air of mystery about her. She is particularly fond of Kiri.

That covers the core cast, but there are more characters who have important roles to play. Konohanatei gains at least one more attendant before the show’s end, and then there are all the guests who come to visit the inn as well.

The six core cast members split off very nicely into three pairs. The most blatant of these are Natsume and Ren – in earlier parts of the show, it feels a lot like they steal the show. In fact, they might get just a little too much focus… 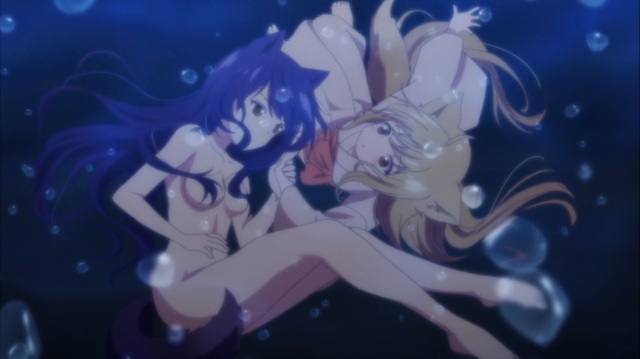 Another pairing is Yuzu and Satsuki. Yuzu becomes pretty fond of Satsuki not long after she starts working at Konohanatei. Satsuki may have similar feelings, but she won’t admit it out loud. As you can see above, they do recreate something that could be considered iconic yuri imagery.

Finally, the last pair are Kiri and Sakura. They aren’t quite as blatant as the others, as they only really get a couple of scenes hinting towards anything. Unfortunately, the anime never touches upon their origin story, which will almost certainly come as a disappointment to some.

Yuzu with one of many visitors to Konohanatei

However, it isn’t always about the employees of Konohanatei. No, some of the guests have some very compelling tales to be told, and at least a couple of them tend to get on the more emotional side. More sensitive types will probably find themselves shedding a tear or two on occasion.
Some of the tales that are told are incredibly impressive. For example, episode 8 introduces several threads that come together in such a masterful and emotional way by the end of the episode.

KONOHANA KITAN is heavily steeped in Japanese culture, with Japanese deities and other such folklore showing up. Perhaps that may alienate those who aren’t particularly familiar with it, but it isn’t like there is anything stopping those who want to discover more about it looking it up.

Score: 10/10
KONOHANA KITAN constantly manages to surpass expectations and capture the viewers’ attention whether it be focusing on the main characters, or just guests at Konohanatei. The relationships between the characters further add to the enjoyment of the show, even if they could have been built upon a little more.

I enjoy writing, manga, anime and video games, so naturally here on my blog, you will find anime reviews, Nintendo news and other such things that I deem interesting.
View all posts by Rory →
This entry was posted in Rory's Reviews and tagged Autumn 2017 Anime, Fantasy, Kiri, Konohana Kitan, Natsume, Ren, Rory's Reviews, Sakura, Satsuki, slice-of-life, yuri, Yuzu. Bookmark the permalink.