The official website for the anime adaptation of late author Tomohiro Matsu and artist Kantoku’s Märchen Mädchen light novel series has been updated with three more cast members for the show.
I’ll introduce the new cast in this post, but I’ll also recap on previously introduced characters as well.The new cast members are as follows:

Arthur Pendragon is the leader of the British school. She seems like she is completely disconnected from reality, though she bonds easily with animals. She is chosen by The History of the Kings of Britain (Historia Regum Britanniae) book, specifically “The Legend of King Arthur”.

Arika Kasumi is Shizuka’s childhood friend. Her family has historically had a servant-master relationship with Shizuka’s Tsuchimikado family. Arika gets angry when anyone refers to her figure as childlike. She is chosen by the “Issun-bōshi” (“Little One-Inch”) fairytale.

The headmaster of the Japanese school, Kuzunoha Woman’s Magic Academy. Her age is unknown, and she has the ability to mysteriously appear out of nowhere. It is unknown what her book is.

The opening theme is being performed by fhána (The Eccentric Family, Tales of Zestiria the X, Miss Kobayashi’s Dragon Maid), whilst the ending theme song will be performed by Reina Ueda.

Hazuki loves reading and daydreaming. She has no friends, and is generally a loner. She is chosen by the Cinderella story. 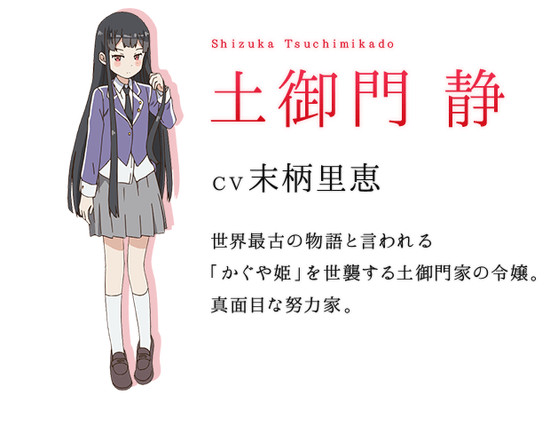 Shizuka is the chosen of the Kaguya-hime no Monogatari story, one of the world’s oldest stories. She inherited the story as a scion of the Tsuchimikado family. Shizuka is a very serious and hardworking girl.

Yumilia is a foreign exchange student who has been chosen by the Shuten-dōji folk tale, and wields lightning powers. She has a big sisterly attitude,

Lynne Daves is the leader of the American school. A cruel girl with a cutesy smiling face. She is chosen by The Little Matchstick Girl story. 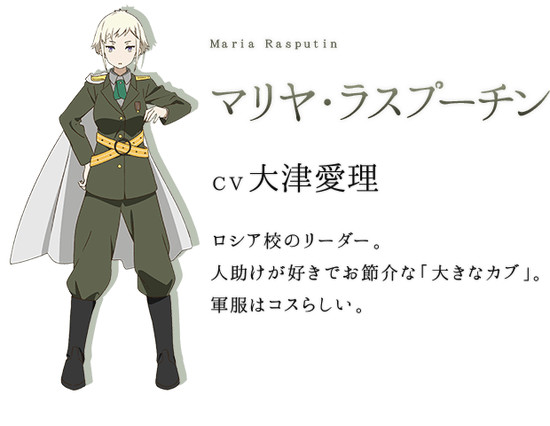 Maria Rasputin is the leader of the Russian school. She is meddlesome and likes to help others. She was chosen by The Gigantic Turnip story. 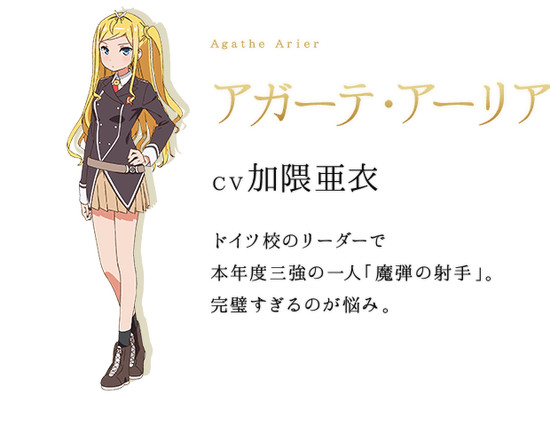 Agathe Arier is the leader of the German school. Apparently she is so perfect that it is worrisome. Agathe was chosen by the Der Freischütz/The Marksman story.

Märchen Mädchen will premiere in January 2018.

I enjoy writing, manga, anime and video games, so naturally here on my blog, you will find anime reviews, Nintendo news and other such things that I deem interesting.
View all posts by Rory →
This entry was posted in Anime News, Uncategorized and tagged Anime News, Märchen Mädchen, Winter 2018 Anime. Bookmark the permalink.