Episode 11 of Princess Principal picks up where the previous episode ended, with Ange and Dorothy being assigned a new mission. Their new mission isn’t exactly a pleasant one.Dorothy questions their new mission, but Ange just accepts it. 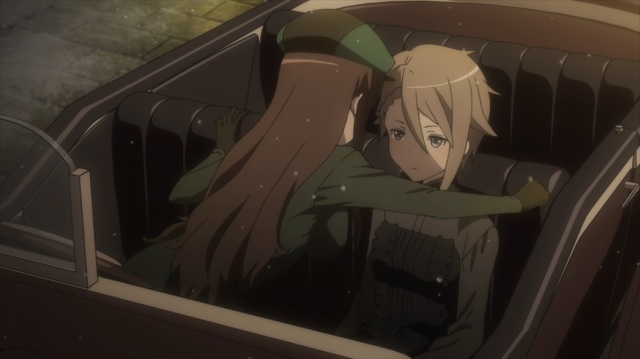 Dorothy says that they should put being human above their orders, but Ange claims she isn’t human – she’s from the Black Lizard Planet, after all. After the girls get to their destination, Dorothy has some maintenance to do on the car. Before Ange departs, she thanks Dorothy. 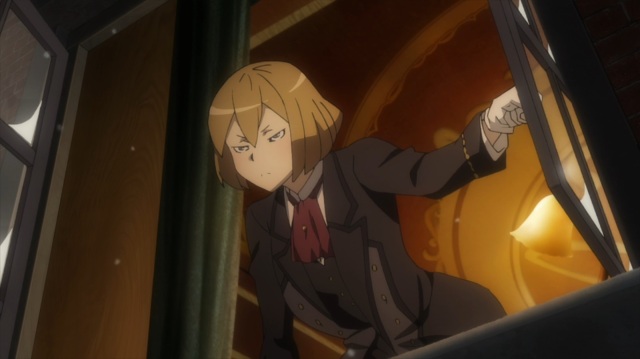 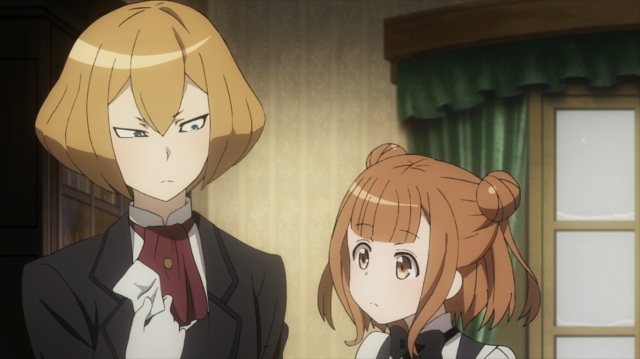 Ange does a test to see if she will be able to communicate with Princess – Zelda makes that pretty much impossible.
Later on, Ange meets with Seven to try and get an idea of the whole situation. After that meeting, Ange returns to discover Chise packing her things. 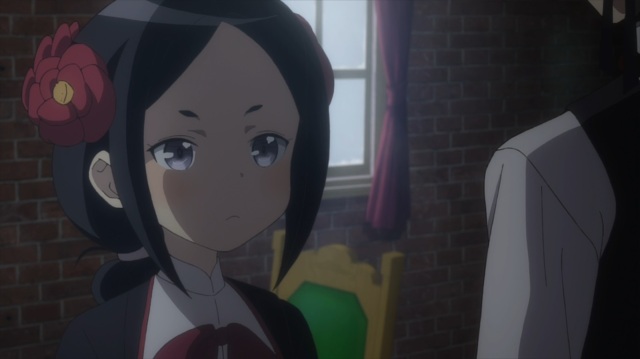 Chise has been assigned to a different school

Zelda catches up with Ange, and that’s when Ange volunteers to be the one who will kill Princess for the mission. Zelda decides to let her go ahead with it. 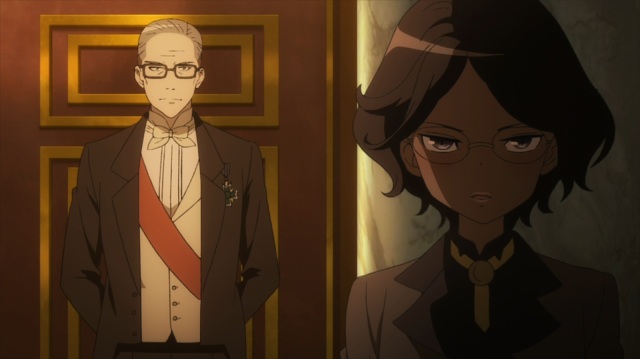 Gazelle reports to the Duke of Normandy

Meanwhile, the Duke of Normandy’s audience with the Queen is interrupted. Gazelle informs him that part of the army has started to gather in London.
Back to Ange, and we get another glimpse of her past and how Princess had quite a major effect on her life. 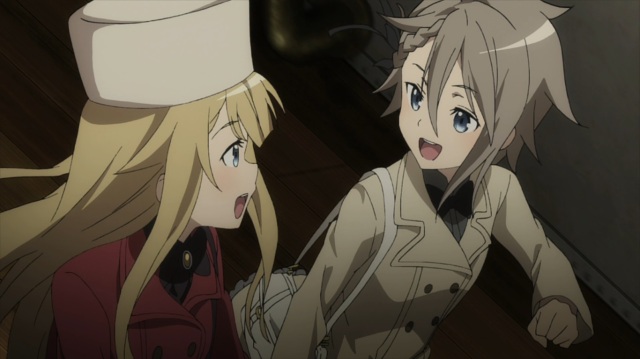 The time to carry out the mission arrives, with Ange and Princess going out shopping together. However, there are plenty of people keeping an eye on the pair – so they use their old tricks to escape from them.
Ange and Princess board the Good Hope, where Ange reveals the assassination plot to Princess. Ange insists on running away to Casablanca, but Princess is determined to stay home and help her people. 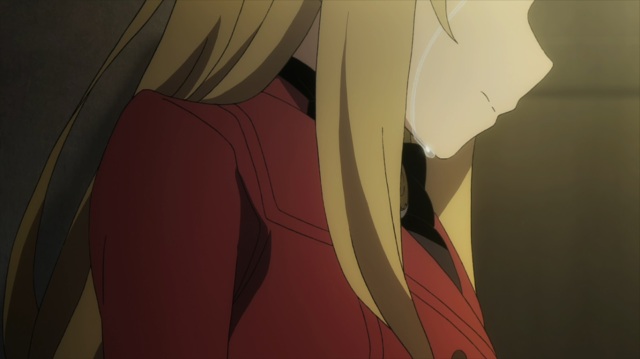 Princess says that she never wants to see Ange again

Princess runs off, leaving Ange tapped on the Good Hope. I don’t know, though, I don’t think a door will be enough to stop Ange…
Princess (well, let’s just assume it’s Princess for now), returns to Zelda, who introduces a group of soldiers who are unhappy with the state of the country.

The soldiers are even willing to strike down the Queen.

The soldiers say that they want to make Princess their new sovereign, and Zelda says that they are going to war.

The episode ends there. I strongly suspect that we’ll see Dorothy, Beatrice and Chise back in action next episode.
I quite enjoyed this episode though. Ange tried to run away with Princess like she proposed they do way back at the beginning of the series, but Princess stuck to her ideals. With Zelda and the rebellion willing to make her their new sovereign, it’ll be interesting to see what course of action she will take.
And of course, Ange is stuck on the Good Hope – probably not for too long, though. Well, that’s assuming that Ange and Princess haven’t managed to pull the old switcheroo on us again…

Looks like episode 12 will be the final one… which is a shame, because Princess Principal is really good. I want to see Ange and Princess get their happy ending, but I’m also bracing myself for the worst to happen. Guess we’ll just have to wait until next time to see what happens.

I enjoy writing, manga, anime and video games, so naturally here on my blog, you will find anime reviews, Nintendo news and other such things that I deem interesting.
View all posts by Rory →
This entry was posted in Episodic and tagged Action, Ange, Beatrice, Chise, Dorothy, episode 11, Episodic, Princess, Princess Principal, Spy, Summer 2017 Anime. Bookmark the permalink.