Princess Principal‘s 8th episode covers case 20. The mission the girls embark upon is a fairly simple one, so a large part of this episode is devoted to the younger years of Princess and Ange.The episode begins with Ange drawing. Whilst doing so, she spots a girl who attempts to steal from a man. She fails and gets kicked across the ground as a result. 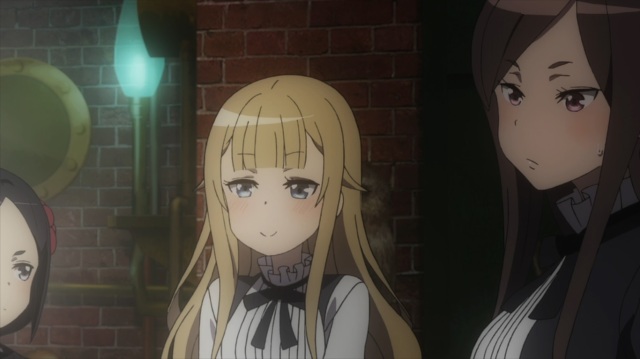 Princess persuades Ange to let her participate on the mission

After the opening credits, we take it back a bit to Team White Pigeon discussing the mission they are on in this episode. Princess volunteers for it, but Ange turns her down at first. However, Princess soon convinces Ange to let her join.

The thief girl tries to steal again, but fails. However, this time Ange gives her some pointers to help her out. Upon seeing the wounds on her arms, Ange is reminded of someone.

Princess and Ange reminisce about their childhood

Ange tells Princess about the girl, and they soon get to reminiscing about their younger years. Princess ends up wanting to know why Ange calls her that – Ange tells her it is out of respect.

Chise doing an impression of a bat

I should probably mention what the girls’ mission is. They are to find out who a man known as Lord O’Reilly has been meeting with. 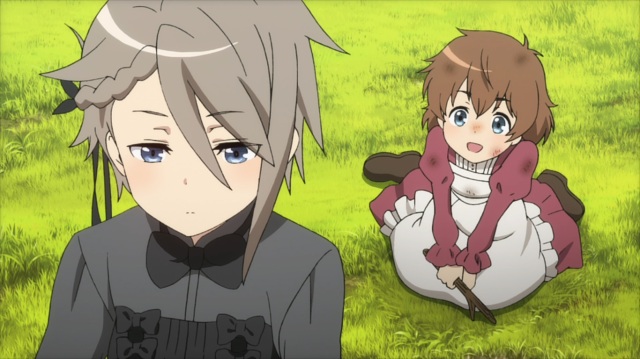 The thief girl introduces herself as Julie, and wants to hear stories about the Black Lizard Planet

Julie takes Ange’s advice, and she is able to become better at stealing. After telling Ange her name, Ange introduces herself as Chloe. We get to see what all the girls get up during the mission in a montage, which includes Ange and Princess swapping role.
Julie is eager to hear stories about the Black Lizard Planet, and Ange – or rather, Chloe – complies with a yarn called ‘The Princess and the Pickpocket’.

Ange’s story is effectively about how she and Princess first met, and the bond that developed between them. Then one day, the princess decided she wanted to experience the real world – she quickly discovers it is a harsh place. 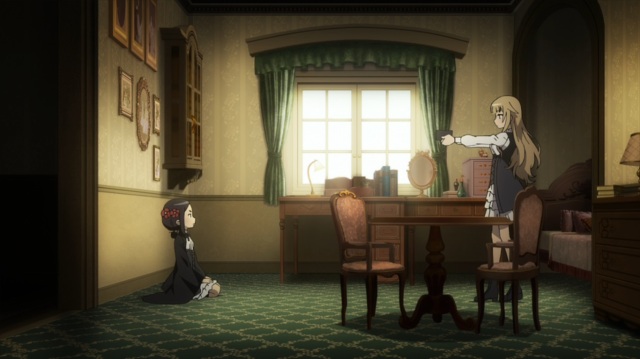 Chise recognises Princess as someone worthy of her respect

Back to the present, and we see a scene where Princess practises dancing whilst Chise watches on. Chise recognises that she works hard, but she is also able to pick up that Princess is actually punishing herself. Princess says things are that way because she is empty.
Shortly after that, the person the girls have been waiting for shows up. A veil covers her face, but Julie ends up helping out with that.

Lord O’Reilly had been meeting with Gazelle

After confirming that Lord O’Reilly was meeting with Gazelle, Ange heads off to take care of something else.

Ange pretty much humiliates Julie’s master, and then hands her a letter that will get her into an orphanage where she will be safe. Before Ange departs, Julie asks what happened to the pickpocket girl from her story from earlier. 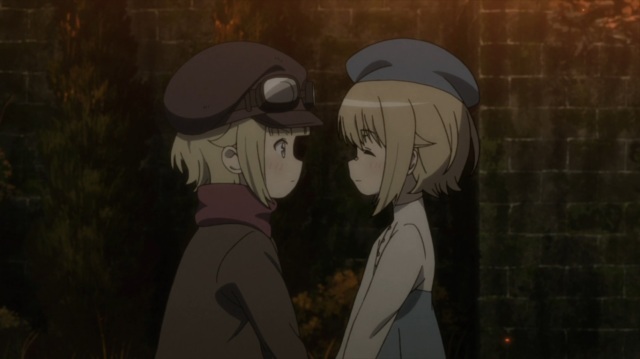 Charlotte and Ange mere moments before being separated

On the day that the princess and the pickpocket switched sides, revolution broke out. An attack resulted in the two being separated, with the pickpocket being mistaken for the princess.
As a result, the pickpocket was thrust into a life of royalty – a girl with little to no education had to learn everything befitting a princess. One false move would result in her education, but she persevered. 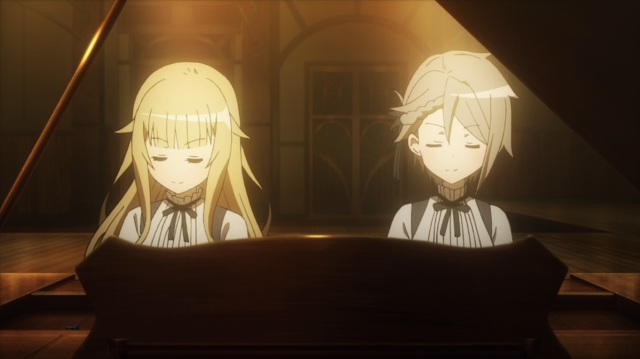 Princess performs at a piano recital, and also confronts Lord O’Reilly after she’s played.
After that, we get a piano duet from Princess and Ange – after all, Ange had said that playing the piano with Princess was the most fun she had ever had.

That’s it for this episode. It was established earlier on that Ange and Princess had switched places, and now we got to see just what happened. Then again, Ange might be telling one of her lies – I give her the benefit of the doubt in this case, though.

I also enjoy seeing Ange and her colleagues extending a helping hand to those who are downtrodden – in this case, it was Julie. Ange seemed to develop a soft spot for her, most likely being reminded of the young Charlotte.
Princess’s life has also not been an easy one. It’s easy to assume that life as royalty would come with no problems, but we see that Princess had to adapt rather rapidly. Ange was right when she said that we should feel more sorry for the pickpocket from her tale.
I imagine Ange’s life wasn’t exactly easy either, but she didn’t have the weight of expectation crushing her.

Princess’s desire to become Queen was also established before, and this episode showed us the catalyst for that. It was the original Princess Charlotte’s dream, and something that Princess carried with her when she was forced into becoming royalty.

Princess Principal delivers yet another quality episode, and one with closer ties to the overarching plot than the previous one. We’re still getting mostly self-contained episodes, though I could see that changing as we head into the final part of this season.

I enjoy writing, manga, anime and video games, so naturally here on my blog, you will find anime reviews, Nintendo news and other such things that I deem interesting.
View all posts by Rory →
This entry was posted in Episodic and tagged Action, Ange, Beatrice, Chise, Dorothy, Episode 8, Episodic, Princess, Princess Principal, Spy, Summer 2017 Anime. Bookmark the permalink.