After episode 11, I said I would cover the final episode of Seven Mortal Sins if it happened to impress me. Well, guess what? It did.
So, for the last time (or at least until I decide to write episodic posts on an ecchi show again):

Seven Mortal Sins has been subject to delays and the studio that produced it, Artland, no longer exists, but let’s finally see what the end of the series has in store for us.

Michael with the Holy Light Wings

Last time, Michael descended into Hell thanks to Belial. However, it turns out that Belial was just being used. Belial did everything because she wanted to return to Heaven, but that was never going to happen.
Michael reveals the Holy Light Wings, and then declares that she will purge Hell in the name of her omnipotent Lord.

Michael without the hooded cloak

Belial tries to attack Michael, but she is easily swatted aside. Michael then starts to destroy Hell, but Lucifer and the other Mortal Sins have no intention of sitting back and letting that happen. 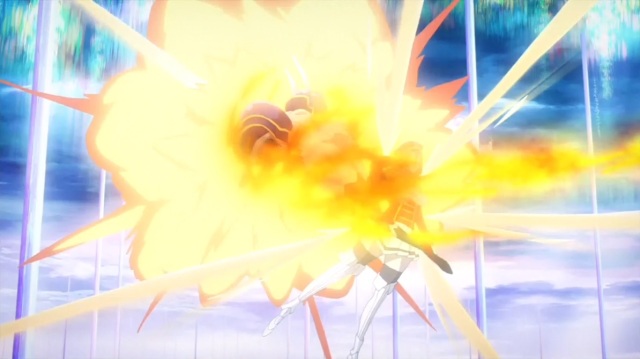 Belial attacks again, and she is able to destroy one of Michael’s wings of light. However, it was a sacrificial attack, and Belial ends up ascending to Earth. The other Demon Lords acknowledge Belial’s power as she goes.

Once Belial and Astaroth have departed, Leviathan officially becomes a Mortal Sin, whilst Lucifer is made the new leader of the Mortal Sins. Meanwhile, the remaining Mortal Sins fight against Michael.

The Mortal Sins are able to destroy Michael’s wings, though they had to sacrifice themselves in the process of doing so. However, Lucifer and Leviathan still remain.
The battle then shifts to Earth, where Lucifer and Michael clash in mid-air.

Leviathan and Maria watch as the two of them fight. Leviathan realises that Michael likes Lucifer. Michael admits that she is happy that she can fight Lucifer, and be taken seriously. We learn that the reason Lucifer was cast from Heaven was because she was trying to protect the humans. 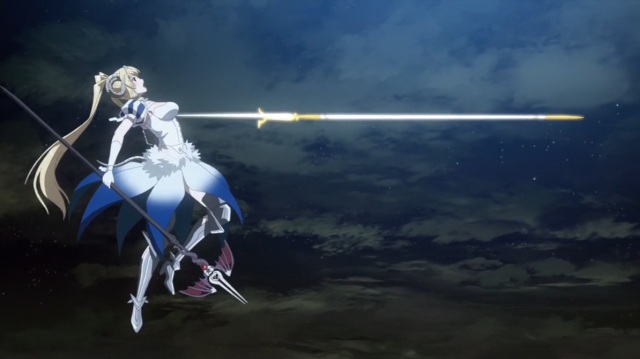 Lucifer pierced by the Lance of Longinus

Just when it looks like Lucifer is about to claim victory, Michael defeats her with the Lance of Longinus – a spear specifically made to destroy demon lords. Lucifer falls to Earth, crashing into the church where she met Maria for the first time. Leviathan and Maria rush to her, but they’re too late.
When Maria asks Leviathan how a demon lord could hear her prayers, Leviathan says she will need a sacrifice. 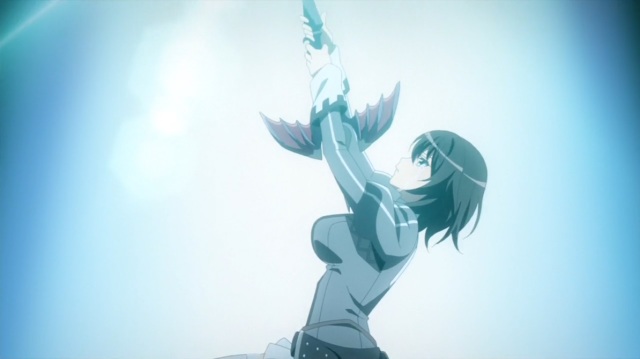 Maria gives her life to save Lucifer

Lucifer doesn’t finish Michael off; instead, she forgives her

The other Seven Lively Virtues descend from above, and Lucifer declares that she is coming for them. They return to Heaven with Michael after that. 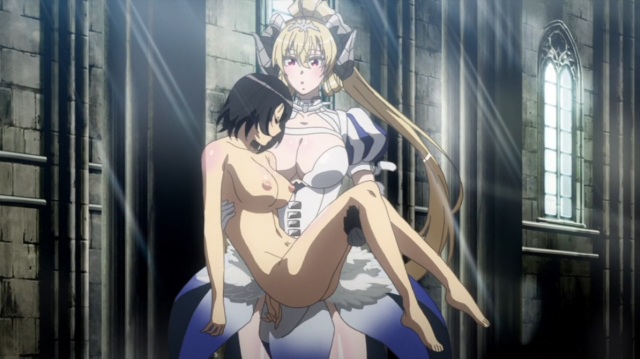 Turns out there may have been some angel blood left in Lucifer, which caused the rebirth of Maria. The series ends with Lucifer claiming the throne as the new leader of the Seven Mortal Sins.

This was a great way to finish off Seven Mortal Sins. Like Belphegor said, it is traditional for everyone to come together to fight the final boss, and I really enjoyed watching them do so. Beelzebub just flat out eating one of Michael wings amused me a great deal. Of course, I guess its only fitting for the Demon Lord of Gluttony.

Also, I now see a potential OT3 between Lucifer, Leviathan and Maria. After all, Leviathan was weeping her eyes out after Maria’s sacrifice, and she was clearly ecstatic to see her revived thanks to Lucifer’s remaining angel blood. That’s certainly a far cry from how she treated her at the beginning of the series.
Then you have Maria willing to sacrifice herself for Lucifer’s sake, and Lucifer effectively admitting that she fell in love with Maria. I reckon Lucifer, Leviathan and Maria could work well together, especially after the events of this episode.

It’s a shame that Artland closed down, because the series does end on a sequel hook. I would certainly like to see Lucifer and the other Mortal Sins taking on the Seven Heavenly Virtues. It would be nice if another studio decided to continue this story, but not being privy to Japanese sales figures, I couldn’t tell you the likelihood of that happening.

Expect a review for the series later this week, most likely on Wednesday.

I enjoy writing, manga, anime and video games, so naturally here on my blog, you will find anime reviews, Nintendo news and other such things that I deem interesting.
View all posts by Rory →
This entry was posted in Episodic and tagged ecchi, Episode 12, Episodic, Fantasy, Leviathan, Lucifer, Maria Totsuka, NSFW, Seven Mortal Sins. Bookmark the permalink.