With the third episode of Symphogear AXZ, Symphogear continues to be… well, Symphogear. There’s really no other way to describe it.
A relic is revived in this episode, and a situation arises which requires an explosive burst of power.

The Symphogear users meet their foes

We pick up directly after the end of the previous episode, and Saint-Germain does the most sensible thing when faced with a foe who can seemingly do the impossible: retreat.

As Hibiki recounts what happened to Miku, they realise that their goals seem similar to Ryoko’s – from the first season. Hibiki thinks that they may have no other choice on the matter, though she’s not okay with them hurting other people.
Miku knows that something else is bothering Hibiki, and she tries to get her to share.

Tiki is an Autoscorer, and she was created to record the movements of the planets on a star map. She was deactivated to hide the secrets within, but Saint-Germain revives her.
Tiki seems to be infatuated with someone called Adam. Coincidentally, this Adam happens to call Saint-Germain shortly after Tiki’s reawakening. He says that they should destroy the Symphogear.

Tsubasa and Maria are flying back into Japan with intel gathered from Val Verde when they come under attack by Alca-Noise. Without LiNKER, Maria can only rely on Tsubasa to fight the Alca-Noise. 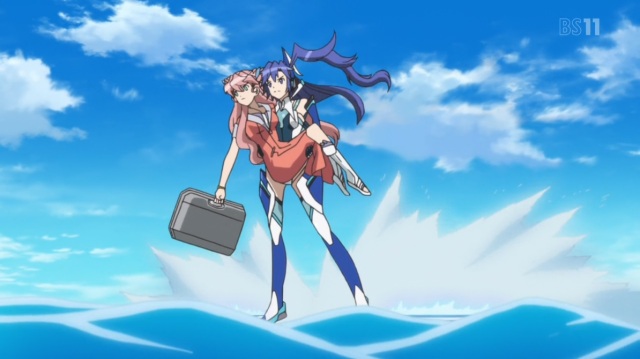 Tsubasa is able to protect Maria

Tsubasa and Maria are left wondering whether it was them or their intel that was being targeted. Regardless, they are able to safely return to HQ. 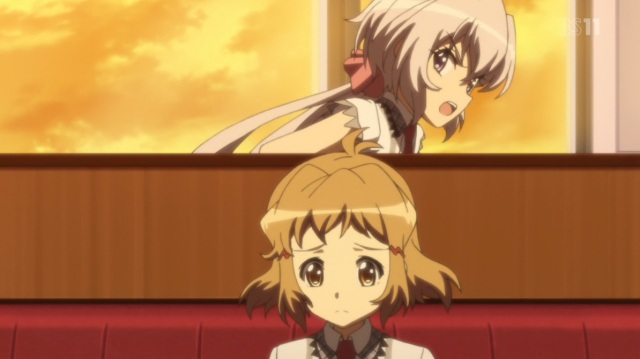 Continuing their conversation from earlier, Hibiki tells Miku that she is worried about Chris. She wants to do something to cheer her up. Suddenly, Chris pops up and tells her not to bother. Chris knows that everyone is worried for her, but she says that she’ll be fine.
Chris then starts taunting Hibiki about the homework she has yet to do. Miku tells her to try and get it done before her birthday – the 13th. The conversation is soon cut off when S.O.N.G. detects Alca-Noise.
Hibiki, Chris and Tsubasa go to the scene, where Saint-Germain tests out specialised-series prototype Alca-Noise.

The prototype Alca-Noise seals off space

HQ loses visual contact with the Symphogear users, but they can still hear what is going on thanks to the in-built microphones. The girls find themselves unable to harm the Alca-Noise. However, an explosive burst of power is all they need to overcome that – and fortunately, they have just the thing. 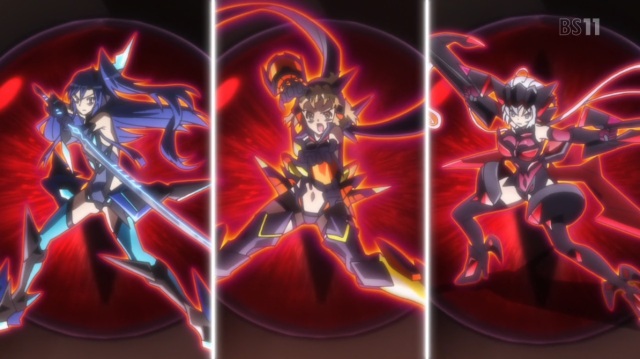 The Ignite Module – the cursed sword is drawn

Maria, Kirika and Shirabe can’t help but feel frustrated as they can only watch for the moment. Elfnein feels that it is her responsibility as her LiNKER research hasn’t progressed enough, but she remains determined to help out however she can. Elfnein tells the active Symphogear users to locate the centre of the space.
Chris seems to start firing blindly, but she actually has a plan in mind. Thanks to that, the Alca-Noise that’s generating the space is revealed.

The Alca-Noise responsible for sealing off space

With the Alca-Noise revealed, Hibiki, Tsubasa and Chris launch an attack to finish it off. 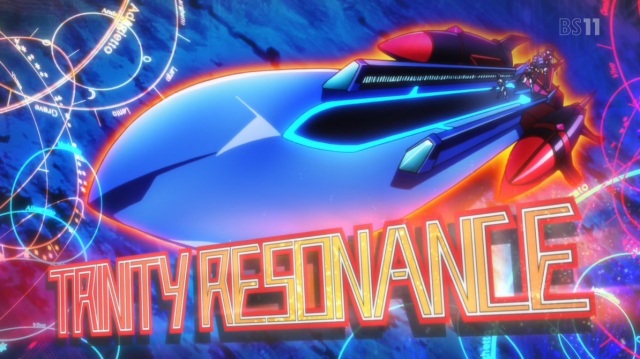 The Alca-Noise is defeated, and the Symphogear users are returned to the real world. There is much jubilation at HQ, too.

Elfnein is determined to finish her LiNKER research

Never giving up was something that Elfnein learned from Maria and the others, and as a result she says she will finish her research. Maria tells that they will wait for her.

Saint-Germain and the other alchemists had been observing the battle. After the Alca-Noise was defeated, they suddenly found themselves accompanied by Tiki. Tiki came out because she was hoping to meet Adam. She also delivers news that they are in the best place to pick a fight with God.

Have I ever mentioned that I love Symphogear? I think I might have done at least once or twice… and sure enough, my adoration of the series remains as strong as ever.
It warms my heart seeing Hibiki and Miku together, even if it is something as simple as Miku brushing Hibiki’s hair.

The enemy’s side has increased by one with the addition of Tiki. She’s an Autoscorer, so I’m assuming she has some combat ability – or perhaps her role is only to record the planets. Can’t really be sure at the moment.

Tsubasa fighting the Alca-Noise in freefall whilst protecting Maria was a great action scene. However, my highlight from this episode would have to be the first use of the Ignite Module in this season.
I particularly liked the way that Chris was able to keep her cool, despite recent events. I do expect her to lose control and go berserk at some point when using the Ignite Module, but she avoided that… for now.

I’m totally biased when I say this, but this was another great episode.