The spring season of anime this year brought along a couple of hotly anticipated sequels, with some other rather nice surprises to go along with them as well. As ever, these awards are pretty much just my way of celebrating what I have watched during the season.
Of course, I’ll start with a list of what I watched this season:

A warning before I begin: this post may contain spoilers for any of the shows listed above.
Not everything listed here will have finished when I post this, but I’m pretty satisfied with what I’ve got here. I can always edit the post if a show happens to have something I find noteworthy.
With that out of the way, let’s dive straight in.

Clearly Linked Horizon can be relied upon to perform an opening theme for Attack on Titan, as this is their third one. Much like their previous opening themes, this song is a perfect fit for the anime, and it is quite fun to sing along with the “sasageyo” part.
Runners-up: “MIND CONDUCTOR” by YURiKA (Little Witch Academia); “Tiny Tiny” by Rie Murakawa (Frame Arms Girl) 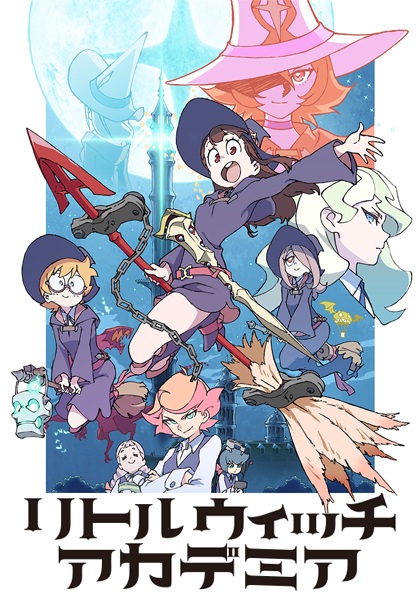 The selection of anime I chose to watch this season didn’t really have deep, complex plots, but not everything needs to. Little Witch Academia has a magic school setting, and it uses that to create plenty of fun moments. Then the plot starts moving forward, with Akko trying to revive seven magical words.
Runners-up: Frame Arms Girl; Sakura Quest 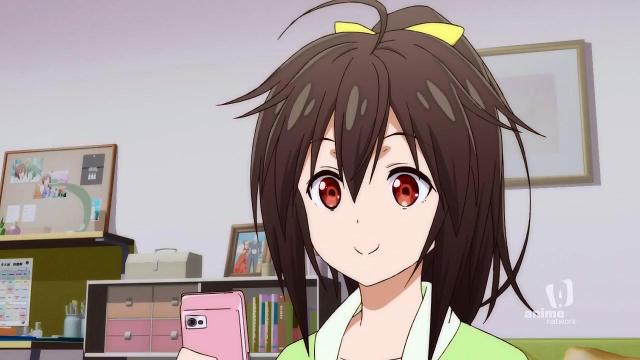 The lead human character in Frame Arms Girl is pretty great. She cares a lot for her Frame Arms Girls, though it also becomes very clear that money is also part of her motivation. She also tends to be more on the lazy side, and those things all combine to make a character who is easily related to.
Runners-up: Yoshino Koharu (Sakura Quest); Izuku Midoriya (My Hero Academia Season 2) 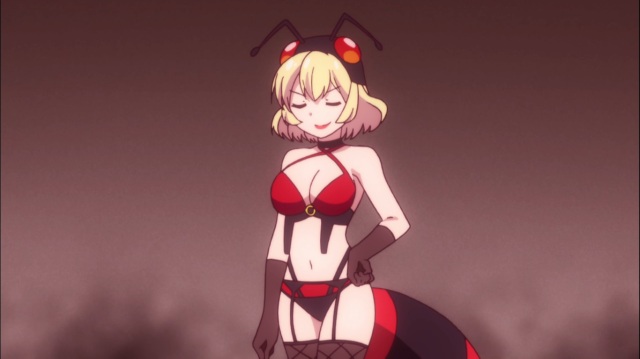 The main antagonist in Twin Angels BREAK. She desires to awaken the Demon Lord Zelucifer, and is not above taking advantage of her underlings or certain people’s emotional states to do so.
Runners-up: Belial (Seven Mortal Sins); Minnie C. Tachibana (Alice & Zoroku)

Due to what I prefer when it comes to watching anime, there are plenty of female characters for me to choose from for this award. However, I think having the first canon female Super Saiyan transformation is something of note. It also helps that Caulifla and Kale share an interesting relationship, with Caulifla showing that she cares for her “precious protégée”.
Think I might include an extra runner-up for this category as well…
Runners-up: Sanae Kashimura (Alice & Zoroku); Ririko Oribe (Sakura Quest); Djeeta (GRANBLUE FANTASY: The Animation) 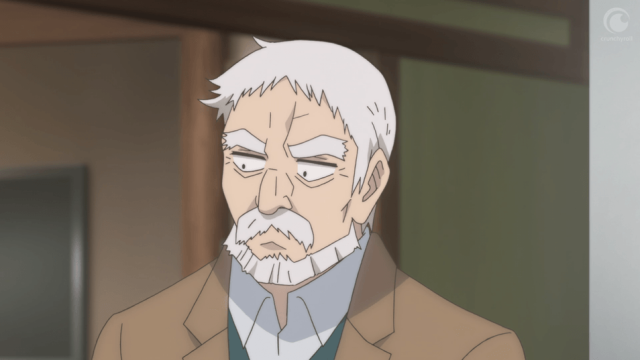 This old man from Alice & Zoroku really doesn’t give a damn. He scolds three girls with superpowers without any hesitation early on. He may get irked when someone causes trouble, but he also cares a lot for his family and is willing to face dangerous situations for them.
Runners-up: Ido (ID-0); Shoto Todoroki (My Hero Academia Season 2) 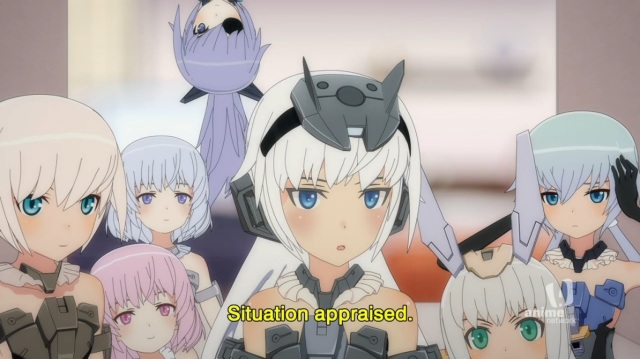 There are some anime series where it is extremely easy to pick out one or two favourite characters; for me, Frame Arms Girl is not one of them. It’s hard for me to pick out one character I favour over all the others, and they all get pretty great interactions with each other.
Runners-up: Hinako Note; Sakura Quest 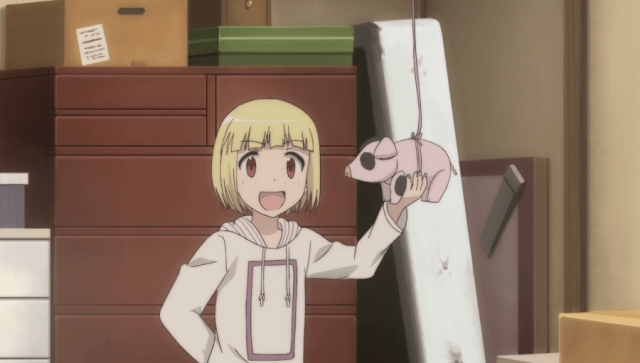 Sana is a young lass who ends up being adopted into the Kashimura family, living together with Zoroku and his granddaughter Sanae. Difficult things make her feel “frazzled” – a feeling that she can think of no other way to describe.
Runners-up: Beelzebub (Seven Mortal Sins); Alice (ID-0) 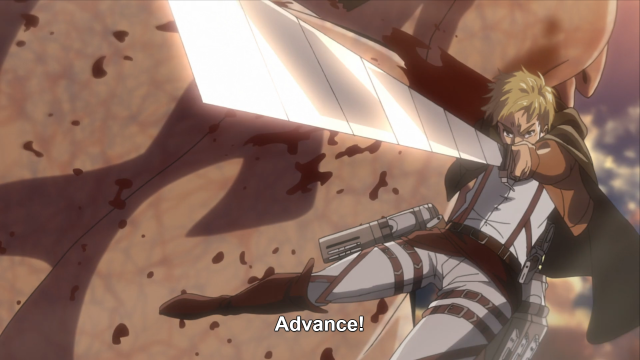 Not many people keep calm when they are caught in the jaws of a Titan, but that doesn’t even seem to faze Erwin in the slightest. He and his soldiers have set out with a specific object in mind, and he continues to shout orders even as a Titan eats his arm.
Runners-up: Izuku Midoriya (My Hero Academia Season 2); Satan (Seven Mortal Sins) 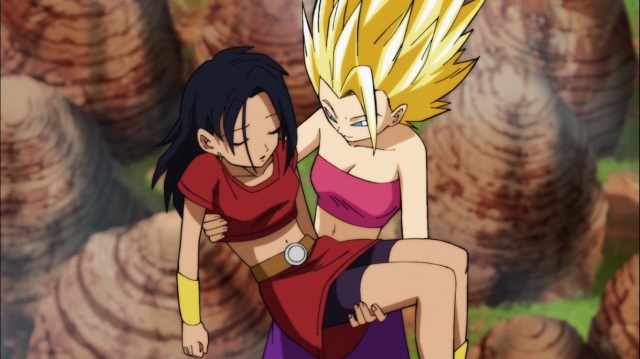 Yeah, this is one I’m viewing through yuri goggles, so what? I’ve already mentioned how Caulifla cares for Kale, and it seems that Kale really isn’t a big fan of others getting close to Caulifla. Kale is only brought out of her berserk Super Saiyan form by Caulifla. If the relationship between these two does go anywhere, Dragon Ball Super will earn even more of my respect.
Runners-up: Lucifer & Leviathan (Seven Mortal Sins); Meguru Amatsuki & Sumire Kisaragi (Twin Angels BREAK) 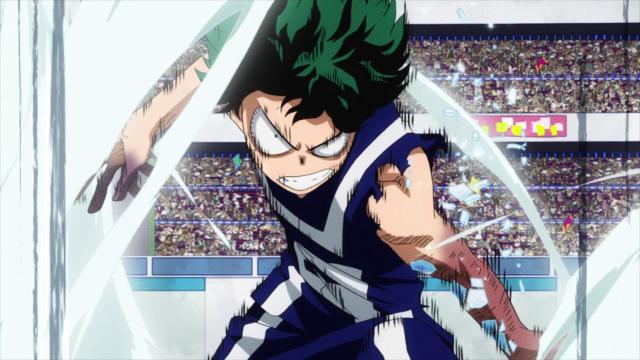 For a start, this battle during My Hero Academia‘s tournament arc looks spectacular. Also important to this fight is the motivations of both combatants; Izuku is able to persuade Shoto to bring out his full power. Izuku himself is sacrificing a lot as he fights; he has yet to master One For All and using it without restriction causes some serious injuries.
Runners-up: Eren Jeager vs. Armoured Titan (Attack on Titan Season 2); Gourai-kai vs. Hresvelgr Ater (Frame Arms Girl)

Perhaps I’m biased on this one, but when a soundtrack is composed by Hiroyuki Sawano, it’s well worth taking note of. The music manages to match scenes perfectly, even helping to add more weight to them. Tracks of note include YouSeeBIGGIRL/T:T, Call of Silence and EREN the Coordinate.
Runners-up: GRANBLUE FANTASY: The Animation; My Hero Academia Season 2 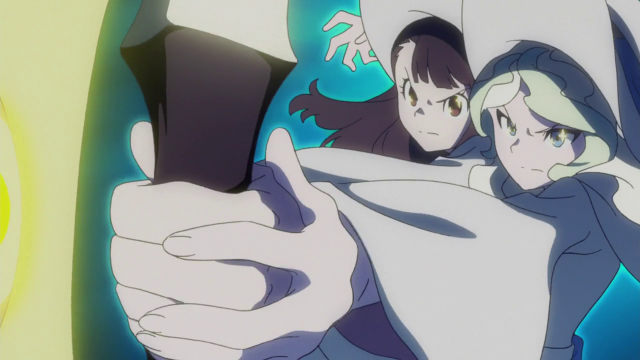 Once again, Trigger shows that it knows how to bring a series to an end. Akko and Diana get to be the heroes here, and there’s even a reunion that has been hinted throughout the series. After the big climax, Akko is able to make slight progress as a witch, too.
Runners-up: Attack on Titan Season 2; Frame Arms Girl

The ending theme for BORUTO: NARUTO NEXT GENERATIONS is an extremely infectious song that I find myself singing along with whenever I hear it. It is a song that will lodge itself firmly in your head and stubbornly remain there.
Runners-up: “FULLSCRATCH LOVE” by FA Girls (Frame Arms Girl); “Stellar Compass” by Hironobu Kageyama (ID-0) 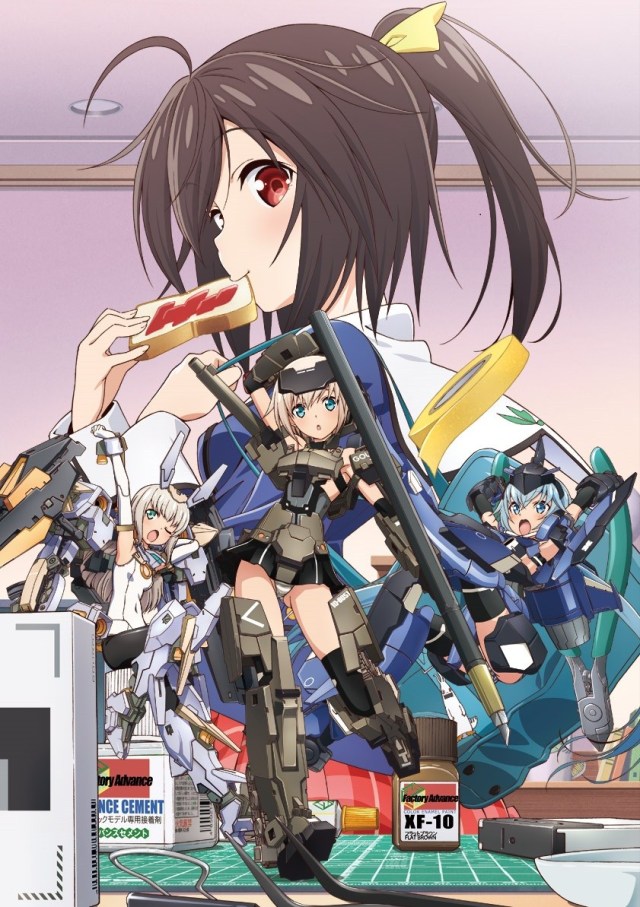 Picking out a single favourite from this season is a tough choice, but ultimately I think Frame Arms Girl is what provided me with most enjoyment. I think the entire cast of characters are great for the most part, there’s some pretty neat battle scenes and plenty of humour as well.
Actually, I have more than two runners-up for this particular season.
Runners-up: My Hero Academia Season 2; Alice & Zoroku; Attack on Titan Season 2; Little Witch Academia

That’s it for my celebration of the spring season, and what a spring season it was. Picking a single favourite out of Alice & Zoroku, Attack on Titan Season 2, Frame Arms Girl, Little Witch Academia and My Hero Academia Season 2 was a tough choice, but only one of those had any influence on what I bought at Comic Con.
With the shows listed above as well as the winter’s Miss Kobayashi’s Dragon Maid, Kemono Friends and BanG Dream!, the first half of the year has been incredibly good for anime.
Summer looks to continue that with Symphogear AXZ and NEW GAME!!, as well as some intriguing new shows such as Princess Principal. In terms of anime, 2017 has been a pretty good year.