In the ninth episode of Twin Angels BREAK, the Twenty-Eights put on another concert. A concert that may in fact be their last one…

After getting Veil’s address, Meguru heads over to her place. Despite being aware of Veil’s existence as a doll, Meguru remains adamant that they should be friends. Nui, however, doesn’t see things that way and reveals that he knows that Meguru and Sumire are Twin Angel. Nui tells Meguru that they are collecting medals in order to become human before leaving with Veil.

When Meguru returns home, Miruku is about to tell her that Veil and Nui are their enemies after learning that from Sumire. However, due to her encounter with Nui, Meguru is already completely aware. 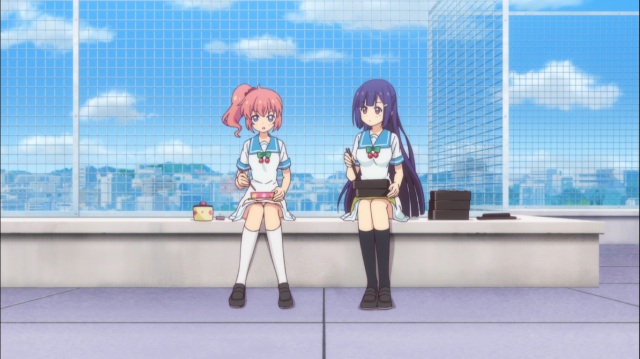 Meguru and Sumire go back to eating lunch together

Meguru decides that she will try to persuade Veil and Nui to stop collecting medals. Meguru knows it won’t be easy, but she can’t just sit idly by whilst her friends are doing bad things.

After school, Meguru ends up running into Veil near the place where they got crepes together before. They get to talking, with Veil believing that they can’t be friends as they are enemies. Meguru insists that they are friends, and says that collecting medals for Mary is a bad thing that should stop.
Nui arrives and tries to get Veil to leave, but she doesn’t have any of it this time around.

Veil and Nui go to Mary and tell her that they want to stop collecting medals. Mary reveals that she knows that Meguru and Sumire are Twin Angel, and that is why they want to stop. Still, she seems fine with it, even suggesting that the Twenty-Eights put on a retirement concert – and promises not to do anything inappropriate.
Veil and Nui go to school, and invite all of their friends to the concert.

Having persuaded Veil and Nui to stop collecting medals, Miruku praises Meguru for her efforts whilst they bathe together. Their next step is to find a way to turn Veil and Nui human, though they can take their time to think about that. Sumire offers to help out, as well.

Veil and Meguru ride on the Ferris wheel together

Before their final concert, the Twenty-Eights and their friends have fun at the theme park. Nui notes how Meguru is a mysterious girl, and that’s the reason why Sumire is with her.
When Meguru and Veil ride on the Ferris wheel together, Meguru invites Veil to her home of Chiichi Island during the summer break. Of course, Veil accepts. 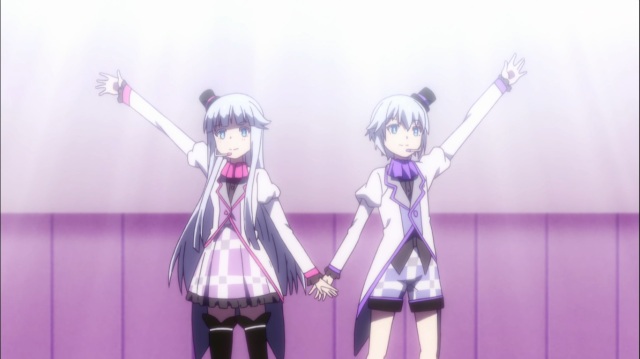 The Twenty-Eights perform their final concert

As promised, the Twenty-Eights put on their concert but it isn’t long before Mary interrupts to collect medals.

Veil and Nui are the first to try to stop Mary once she shows up, and they are joined shortly afterwards by Twin Angel. Outnumbered four-to=one, Mary soon finds herself in a pinch. However, Mary has a trick up her sleeve.

Veil and Nui must have had explosive devices implanted into them, and Mary has no hesitation in sacrificing them to escape. She taunts Meguru by telling her that it is her fault that they met such a fate before taking off. 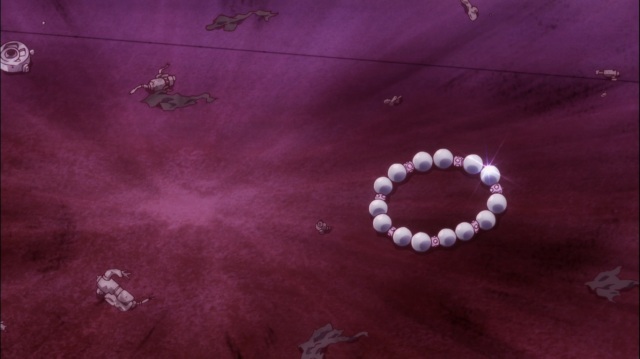 Twin Angel are left staring at this scene

The episode ends there, and we get an ending theme performed by the Twenty-Eights rather than the usual one.

I’m glad that the reveal of the identities finally came out in this episode, though admittedly I wasn’t expecting Meguru to find out from Nui himself. Turns out talking about it was all they really needed to do.
They’re pretty quick to reach an understanding as well, which I liked. I don’t think it was necessary to drag the whole thing out any longer than it has been.
I thought to myself before that the Androids from Dragon Ball Z are an apt comparison for Nui and Veil, and this episode only lends further credence to that comparison. Particularly with the explosive devices.
I’m just going to go ahead and assume that Veil and Nui’s deaths are the type of thing that they may not be coming back from – any time soon, anyway. I like Veil, and I suppose Nui isn’t too bad despite his overprotective nature. As such, it sucked to see them go in the way that they did – though I guess I probably shouldn’t entirely rule out the possibility of their return.
It seems pretty likely that Meguru is going to fall into depression over that incident, but hopefully Sumire will be able to help her through it. An unstable emotional state might also be the key in Mary’s plan to revive Zelucifer, so perhaps we’ll witness the rise of a big bad over the course of the final few episodes.

I enjoy writing, manga, anime and video games, so naturally here on my blog, you will find anime reviews, Nintendo news and other such things that I deem interesting.
View all posts by Rory →
This entry was posted in Episodic and tagged Angel Rose, Angel Sapphire, Episode 9, Episodic, magical girl, Meguru Amatsuki, Miruku, Spring 2017 Anime, Sumire Kisaragi, Twin Angels BREAK. Bookmark the permalink.

1 Response to Twin Angels BREAK Episode 9: You’re Not Bad at This Hero Stuff