Twin Angels BREAK Episode 8: I Just Want to Get Along with Everyone

Meguru discovers something about Veil in the eighth episode of Twin Angels BREAK, whilst it seems everyone else is withholding information regarding certain topics.

Koromi’s running gag gets me every time

Meguru’s friendship with Veil continues to develop, and they even go as far as making matching bracelets for each other. Meanwhile, Sumire remains rather quiet about the whole matter.
Trouble arises, and we get a transformation sequence after they’ve been absent for the past couple of episodes. 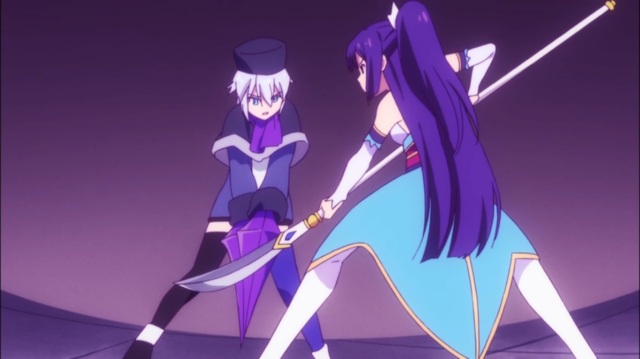 Whilst Angel Rose fights with Veil, Angel Sapphire takes on Nui. It is through their battle that Angel Rose and Nui release just who they are. Once he’s obtained the information he needs, Nui calls for a retreat. Once Nui and Veil leave, Twin Angel detox those affected. 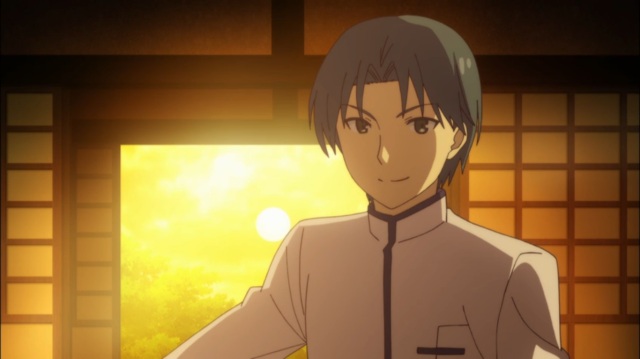 Nasty Knight – or rather Yuito, now that we know he isn’t brainwashed – goes to Chiichi Island in search of the Kisaragi Shrine to find information about Meguru. He’s supposed to report it to Mary once he finds it, but he has no intention of doing so.

Sumire tells Meguru that she shouldn’t get involved any further with Veil, though she doesn’t tell her why. It’s frustrating when characters withhold information from their allies…
On the flip side, Veil pretty much tells Nui the same thing about Meguru. He tells her that she shouldn’t spend any more time with Meguru. Of course, Meguru and Sumire happen to pass at that point whilst walking their dogs, so Veil runs up to them to ask why she shouldn’t spend time with Meguru.
One moment of distraction later, Run-Run ends up running into the road. Veil reacts quickly to save him from an oncoming lorry, but she doesn’t escape unscathed.

Nui grabs Veil and they return home, where he repairs her. We also get some more of their backstory.

When neither Nui nor Veil turn up to school the next day, Meguru asks Oginome-sensei for their address. She willingly gives it to her, and Meguru sets off to go meet with her after.
Sumire tries to stop her, but still refuses to tell Meguru that Nui and Veil are their enemies. Meguru goes on ahead anyway.

Yuito returns from Chiichi Island, but Mary intercepts him. She manages to acquire the information he gathered, and then we hear lots of gunshots and a splash. That would make the second time that Yuito has ‘died’ in this series – I suspect he’ll be back again.

That’s it for episode 8. It was pretty good, much like the others before it. I still think that Veil may end up switching sides once she discovers Angel Rose’s true identity – though whether Nui will follow suit or not, I don’t know.
I really wish Sumire and Nui would tell their allies what they’ve learned about their respective foes. I think I’d be more willing to accept things if Sumire did tell Meguru about Veil, and Meguru doesn’t believe her. Instead, Sumire frustrates by telling Meguru not to get involved with Veil without any reason whatsoever.
It could come off as Sumire being jealous of Meguru spending so much time with Veil, but after their skirmish in this episode there’s a good reason she should tell Meguru to at least be wary around Veil.
Still, I did enjoy the episode and I’m looking forward to seeing what the information that Yuito unearthed about Meguru was.

I enjoy writing, manga, anime and video games, so naturally here on my blog, you will find anime reviews, Nintendo news and other such things that I deem interesting.
View all posts by Rory →
This entry was posted in Episodic and tagged Angel Rose, Angel Sapphire, Episode 8, Episodic, magical girl, Meguru Amatsuki, Miruku, Spring 2017 Anime, Sumire Kisaragi, Twin Angels BREAK. Bookmark the permalink.

1 Response to Twin Angels BREAK Episode 8: I Just Want to Get Along with Everyone