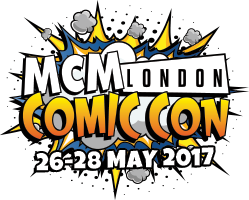 Once again, the ExCel Centre in London will be hosting the MCM London Comic Con as it tends to do every May and October. As you can see above, it will run from the 26th to the 28th May. I’ll be there on the 27th – the Saturday – along with a few friends.
Let’s take a look at what will be happening there.Might as well start with the UK’s anime distributors. First up, MVM Entertainment – they’ll be present and selling their catalogue. I’m sure that they’ll also have announcements to make over the weekend – hopefully we’ll get a release date for the Girls und Panzer film in the UK.

Manga Entertainment will be teaming up with Machinima SBOC for Comic Con. They’ll have special guests and giveaways across the whole weekend. 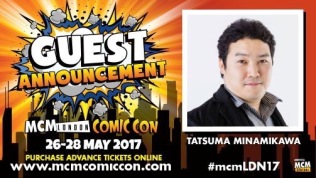 Moving on to All the Anime. They’ll be holding a panel for both Anime Guests of Honour – Tasumi Minamikawa and Yohei Ito. They are the director and producer of Fairy Tail: Dragon Cry, respectively. It’s not just Fairy Tail that will be discussed at the panel; they’ll be talking about their respective careers and considering they’ve been involved in some of the biggest franchises in anime I’m sure we’ll hear some interesting things.

Both Manga Entertainment and All the Anime will also be selling blu-rays and DVDs from their respective catalogues, as you might expect.

Comic Con also provides plenty of opportunities to get hold of new and old volumes of manga, and I know that there’s a few in particular I would like to pick up. I’m particularly interested in a certain Kase-san – that’s probably my main objective when it comes to buying manga there.
Now also seems like a good time to recommend checking out the Kase-san music video. That doesn’t really have any connection to Comic Con, but just go ahead and watch it anyway.
My collection of anime DVDs will also grow – with Bleach Complete Series 16 being my main target there to complete my collection of Bleach DVDs. It’s also become something of a tradition for me to pick up Dragon Ball Z and One Piece DVD collections as well, and that’s almost certainly going to be the case once more.
Talking of tradition, I’ll be picking up pocky and anime-themed playing cards. I may or may not get an anime figure of some kind – if they’re selling Frame Arms Girls there I may find those hard to resist.

Enough about what I may potentially be buying, let’s instead focus on the gaming side of things. For the first time, both PlayStation and Nintendo will be present together at the same Comic Con. 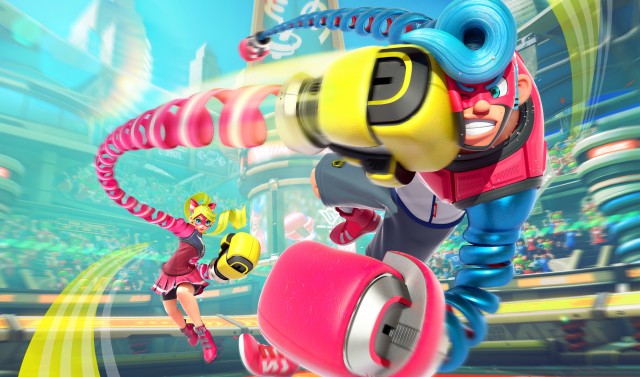 On the Nintendo side of things, Comic Con goers will get the first chance in the UK to try out ARMS fighters Min Min and Helix.
ARMS isn’t the only game visitors will be able to play from Nintendo. Splatoon 2, Mario Kart 8 Deluxe and The Legend of Zelda: Breath of the Wild will be present. There will also be spot-tournaments with a variety of other Nintendo Switch games including Snipperclips, 1-2 Switch, Super Bomberman R, Puyo Puyo Tetris, Overcooked and more.

Moving on from games, there will also be plenty of panels to visit. I’ve already mentioned the Anime Guests of Honour.
Aside from the anime panel, my most anticipated one would probably have to be the Star Wars panel with Brian Herring, David Prowse, Derek Arnold, Matthew Stirling, Paul Kasey & Rufus Wright.
There’s a whole host of other panels as well, and you can see what’s what by checking out the website for the Comic Con.

I enjoy writing, manga, anime and video games, so naturally here on my blog, you will find anime reviews, Nintendo news and other such things that I deem interesting.
View all posts by Rory →
This entry was posted in Uncategorized and tagged All the Anime, anime, Ideas Factory, Manga Entertainment, MCM London Comic Con, MVM Entertainment, Nintendo, PlayStation, Rising Star Games, Star Wars. Bookmark the permalink.