A new season of anime has started, and as such it’s about that time again where I share my initial thoughts on each of the shows I have chosen to watch. We’re now in the second week of the season, but all my thoughts in this post are what I wrote after watching the first episode of each show. With nothing more to say on the matter, let’s just dive right in.
My Hero Academia Season 2

Ochaco is fired up the U.A. sports festival

Sure feels like a lot of the first episode of this second season was dedicated to going over events that happened during the first season… But once that’s out of the way, we get the set up for the next major event: the U.A. sports festival. I guess all the exposition isn’t too bad, because it seems that episode 2 will jump right into it.
My Hero Academia‘s 2nd season doesn’t have the most thrilling start, but I suspect things will get much better once the sports festival gets under way.
My Hero Academia is available on Crunchyroll.

The 2nd season of Attack on Titan is off to quite a start, complete with just about everything you’d expect of the show. The Beast Titan, as seen above, is quite an interesting one. The music is spot-on, but then that’s about par for the course for Hiroyuki Sawano.
Attack on Titan is available on Crunchyroll. 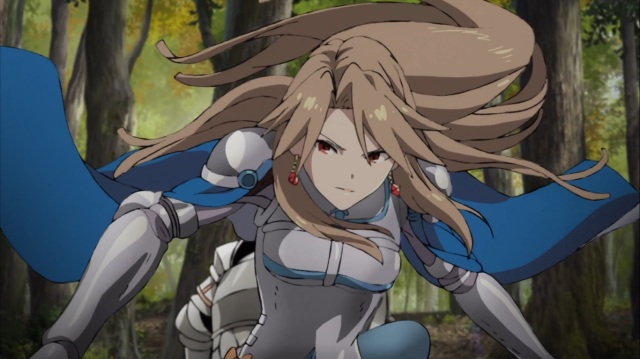 I like Katalina much more than Gran and Lyria

GRANBLUE FANTASY: The Animation‘s  regular broadcast is starting again from the first episode, so I decided to revisit it as a refresher on what to expect. Seems like it could be an enjoyable fantasy adventure. I don’t really think much of main protagonist Gran – I guess I’ll be mostly watching this for Katalina, pictured above.
GRANBLUE FANTASY: The Animation is available on both Crunchyroll and Daisuki. 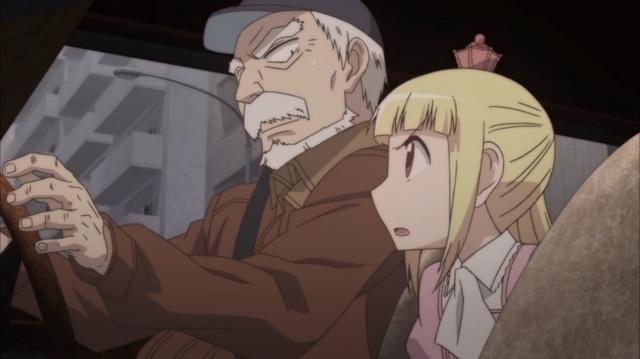 A girl, called Sana, with supernatural powers escapes from a research facility and tries asking an old man, named Zoroku, to help her crush the research facility. Zoroku really doesn’t give a damn, even going so far as to scold three super-powered girls in the middle of the street after they cause him to crash his car. To be fair, he does end up taking Sana into his care, which I’m sure is going to lead to even more trouble in the future.
Yep, I’m sold on this from the first episode – I like both Sana and Zoroku, and we’ve seen some interesting demonstrations of powers.
Alice & Zoroku is available on Crunchyroll. 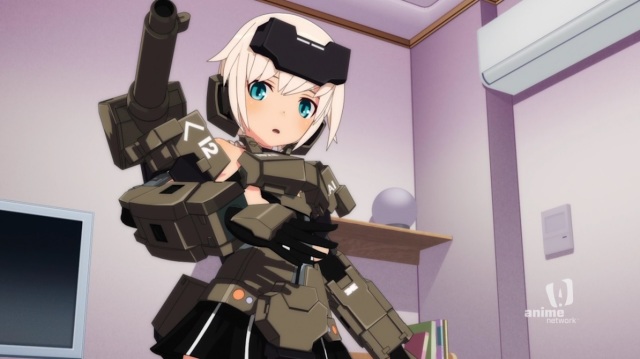 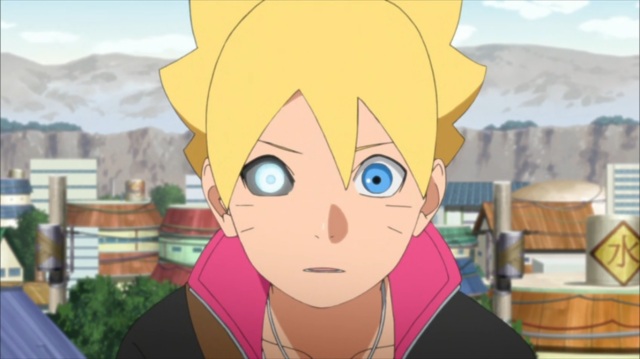 Can’t have Naruto without some kind of eye-based powers

I pretty much just gave up on Naruto after the manga ended, but I decided to give this a chance. I found the first episode to be fairly enjoyable, so I guess that means I’ll be watching the rest of it as well. The soundtrack seems pretty good so far, too.
BORUTO: NARUTO NEXT GENERATIONS is available on Crunchyroll. 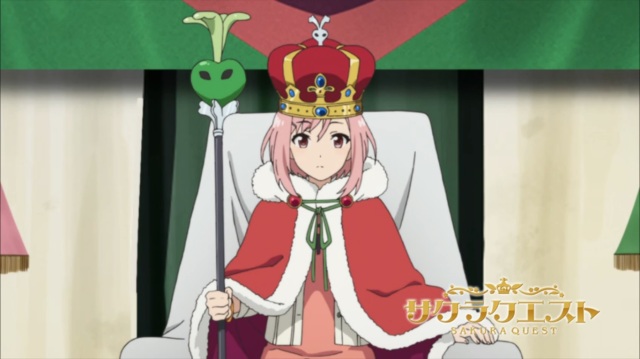 Quite liked what I saw from the first episode of Sakura Quest, particularly with some rather humorous moments. Has an interesting concept, and being made by the same people who made Shirobako means I’m interested in seeing how this show unfolds.~
Sakura Quest is available on Crunchyroll.

Hinako becomes a scarecrow when she becomes anxious

I really quite enjoyed the premiere of this series, and it certainly didn’t take long for the characters to endear themselves to me. Hinako Note‘s first episode was a whole lot of fun, and I’m willing to be that I’ll feel that way throughout the whole series.
Hinako Note is available on Crunchyroll.

Sumire has no intention of sharing her food with Meguru

This looks to be a more traditional magical girl show, and I had fun watching the first episode. I’ll be covering this one weekly, so you can click here to see my coverage for the first episode.
Twin Angels BREAK is available on Crunchyroll.

As ever, I’m also keeping up with Dragon Ball Super, KiraKira ☆ PreCure a la Mode, and One Piece. Same goes for Little Witch Academia as it starts its second cour.
It’s been a fairly enjoyable start to the season overall. Sure, there may be some big shows airing, but for me this season is mostly just the calm before the storm that is the summer season with Symphogear AXZ, NEW GAME!! and Princess Principal among others.