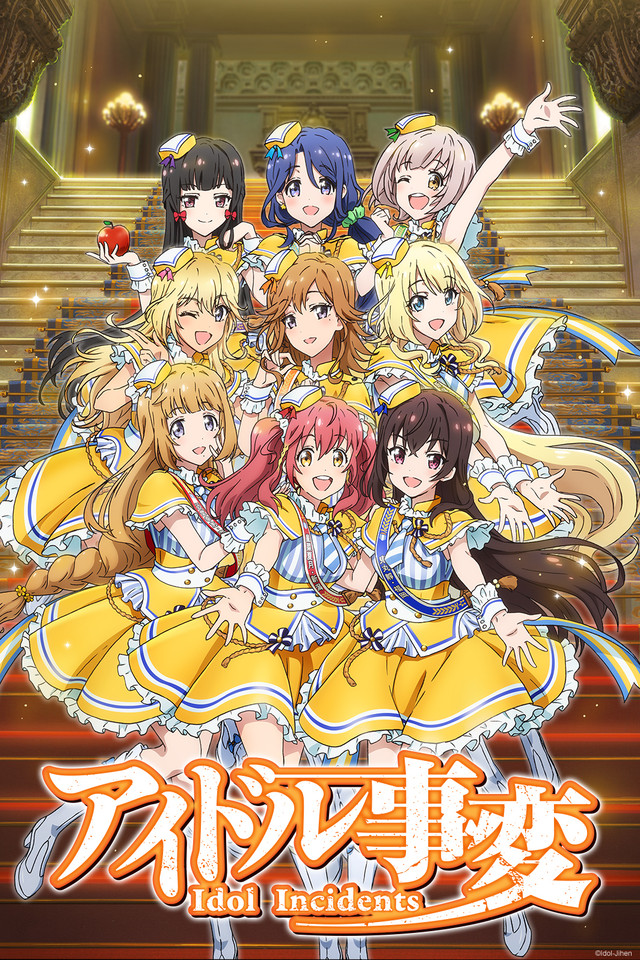 Idol Incidents is a 12 episode idol anime that aired during the winter 2017 season. It is part of a media mix project by MAGES.
The anime itself was produced by MAPPA and studio VOLN, whilst Daisuke Yoshida was the director and the script was written by Sōtarō Hayashi and Sumino Kawashima.
Idol Incidents can be watched on Crunchyroll.

The plot of Idol Incidents focuses on ‘idol dietwomen’ – effectively politicians who also happen to be idols. As such, all idol dietwomen are young, cute women, as befitting of idols. 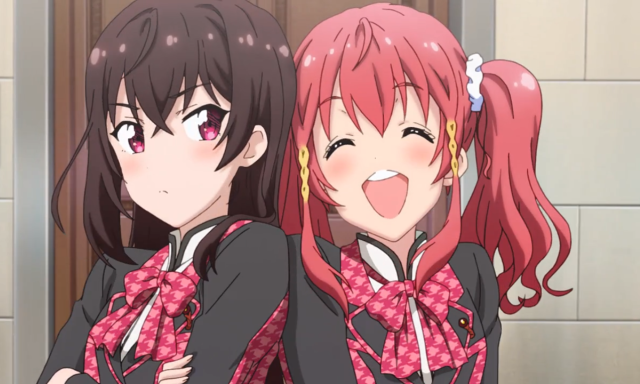 The main characters in the anime are members of the Heroine Party: the new recruit Natsuki Hoshina, and the experienced Shizuka Onimaru.
Natsuki is very much your typical lead character who strives to help everyone in any way she can – hence her decision to try and become an idol dietwomen. She’s the energetic type who always seems to be happy.
Shizuka, on the other hand, is more focused and is extremely serious about being an idol dietwoman. She’s less than than keen on having to work with Natsuki to begin with, but as the show progresses she warms up to her. Doesn’t stop her from taking her role seriously, though. 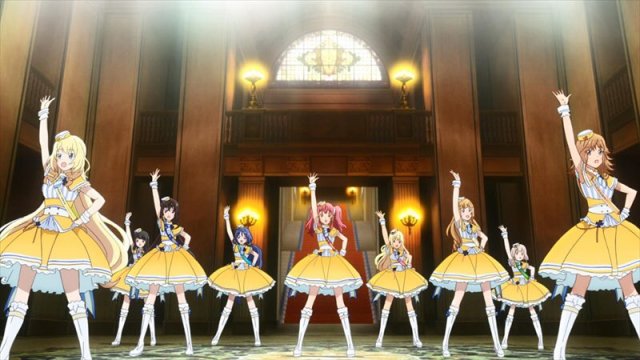 There are many other idol dietwomen in other parties, though it seems that they all get along with each other fairly well. This does mean there are lots of characters to keep track of, so it stands to reason that some may hold greater appeal than others. Though saying that, none of the others receive as much focus as Natsuki and Shizuka – they pretty much get their time in the spotlight in a single episode, and then the show moves on in favour of the next ones.
This formula is only present for about half of the show, more or less, though. Alongside the idol dietwomen, you have the more typical politicians – and these ones don’t approve of singing and dancing politicians.

For the first half, it looks like any problem can be solved by the idol dietwomen with a song and dance. Natsuki soon discovers that doing so only provides a temporary solution at best in the second half, which results in her lamenting over whether they’ve truly been any help and avoiding doing anything about. Natsuki’s depression about the situation is frustrating, particularly as her fellow idol dietwomen continue to strive to do their best no matter the situation.
The concept of idols opposing the government is an interesting one, but it is frustrating when a main character sinks into (admittedly justified) depression because things aren’t all sunshine and rainbows.

Perhaps this anime is meant to serve as a commentary on the politicians of Japan, but only those who possess in-depth knowledge of Japan’s government can really say whether that’s true or not.
Besides, Idol Incidents is an idol anime, first and foremost. Yes, the idols do happen to be politicians, but anyone choosing to watch this in hopes of experiencing a political thriller will find themselves disappointed.
When it comes down to it, Idol Incidents will hold greater appeal for fans of idols than it will for fans of politics. 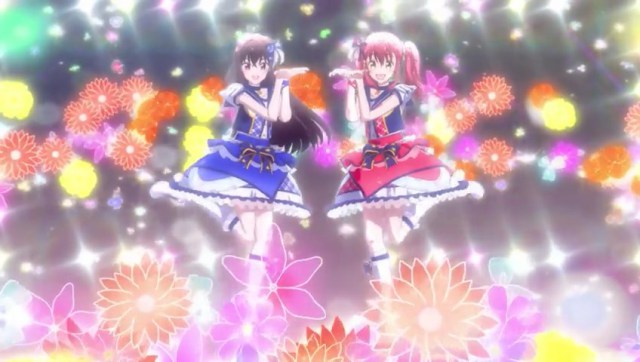 Just one example of the many performances seen throughout the show

Naturally, an idol show wouldn’t be complete without a few performances, and Idol Incidents delivers some decent song and dance numbers over the course of the series. They’re pretty much typical idol anime sequences, so they won’t be winning over new fans.
These performance sequences are done in CG, which seems to be par for the course for idol anime nowadays. In addition, when characters perform, they have an aura that will tend to wash over the audience, which adds some visual flair to their performances.

Score: 7/10
Idol Incidents is a fairly decent idol anime, which does put the idols in the unique positions of being politicians. Other than that, it is pretty much standard idol fare – fun, catchy songs with characters striving to make people smile. Anyone expecting a political thriller will have to look elsewhere, because as already mentioned, Idol Incidents is an idol anime.

I enjoy writing, manga, anime and video games, so naturally here on my blog, you will find anime reviews, Nintendo news and other such things that I deem interesting.
View all posts by Rory →
This entry was posted in Rory's Reviews and tagged Idol, Idol Incidents, Idol Jihen, Rory's Reviews, Winter 2017 Anime. Bookmark the permalink.