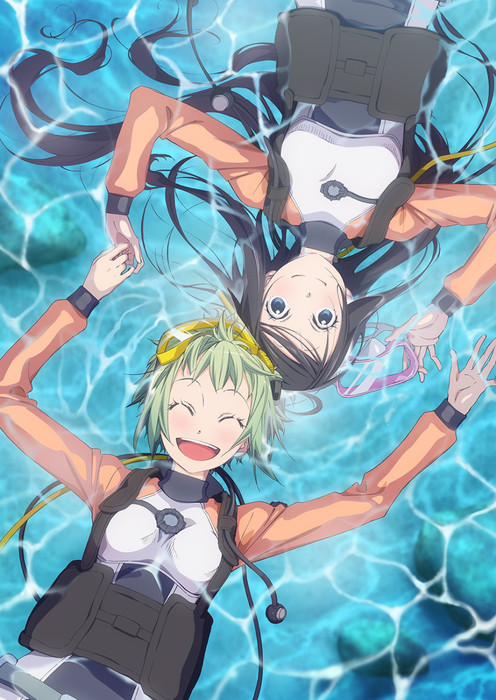 Amanchu! is a twelve-episode slice of life anime adaptation of the manga of the same name written by Kozue Amano. The anime was directed by Junichi Sato and Kenichi Kasai, written by Deko Akao and the studio that produced it was J.C.Staff.

Amanchu! shows the daily lives of the members of the Diving Club. They are Hikari Kohinata, Futaba Ooki, Ai Ninomiya, brother Ninomiya and their advisor Mato Katori. Being a slice-of-life series, it is driven by the characters; in particular, Futaba Ooki.

The series starts with her transferring schools, and being an introverted type. However, an encounter with Hikari results in her choosing to join the Diving Club. Both these characters also refer to each other with nicknames: Hikari is Pikari, whilst Futaba is Teko.
Though it is the Diving Club that brings all the characters together, it is very much Teko’s growth as a character that gets the main focus over the course of the series. When she is first introduced, she struggles with anxiety, often resulting in her starting things but never finishing them.
Pikari then convinces her to join the Diving Club. Pikari is a ball of energy and seemingly always happy, so it’s easy to see how Teko was enraptured by her.

Though Teko and Pikari are the main focus of Amanchu! there are a few other characters present as well. There are two other members of the Diving Club: the Ninomiya twins. Whilst Makoto seems a relaxed type and fits in with the iyashikei feel of the show, his sister, Ai, has quite a violent temperament towards her brother. It’s quite a clash with an otherwise laid-back tone. Fortunately, she is a little more relaxed with the other characters after a while.
The Diving Club’s advisor is Mato Katori; she doesn’t take well to Pikari spacing out during her classes. However, she is someone that can be relied upon and definitely cares for the members of the Diving Club.

Teko’s growth as a character comes from her desire to go open water diving together with Pikari; in fact, that’s the very thing that allows Teko to grow.
Though the series is about the Diving Club, don’t expect too much in the way of diving. There’s a few occasions where diving theory is covered; in fact, it might be possible to learn a thing or two about diving by watching this series.
Whenever the characters don their diving suits, it’s generally more likely that it’s for practice in the swimming pool. If you want to see some proper open water diving, then you’ll need to follow along with Teko’s journey to become a certified open water diver.
However, that journey very much proves to be worth it, and the pay-off is pretty spectacular. It’s just a shame there wasn’t more underwater scenery to enjoy throughout the show. After all, you would expect there to be a bit more underwater scenes in a show featuring a Diving Club.

The relationship between Pikari and Teko is one that is very enjoyable to watch unfold. At first, Teko is just swept up in Pikari’s antics, but it is Pikari’s influence on her that results in her becoming much more comfortable in her own skin.
On Pikari’s side of things, she really grows to appreciate Teko going along with her whims. She even reveals a somewhat cuter side of herself on a couple of occasions when she’s overcome by embarrassment.

Amanchu!‘s soundtrack does a good job of matching the tone of the show, with the piano version of the opening theme being a particularly memorable piece of music. 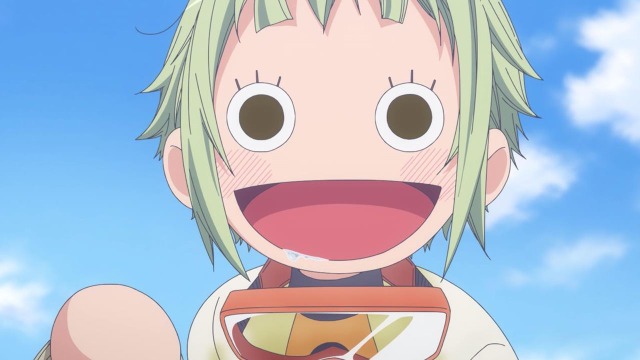 There are times when Amanchu! stylises its characters, giving them the look of puppets. It certainly makes Amanchu! stand out with its own unique style, though it could also throw some viewers off.

Score: 8/10
Amanchu! is a laid-back show about a girl overcoming the anxiety of transferring to a new school – oh, and there’s some diving involved in there, too. If you want to watch something just to relax, than Amanchu! is a pretty good choice.

I enjoy writing, manga, anime and video games, so naturally here on my blog, you will find anime reviews, Nintendo news and other such things that I deem interesting.
View all posts by Rory →
This entry was posted in Rory's Reviews and tagged Ai Ninomiya, Amanchu!, anime, Futaba Ooki, Hikari Kohinata, Makoto Ninomiya, Mato Katori, Rory's Reviews, slice-of-life, Summer 2016 Anime. Bookmark the permalink.