It’s the end of the season, so therefore I feel like handing out arbitrary awards to the shows I have been watching based solely on my personal tastes. That is exactly what I shall be doing, but first, here’s a list of the shows I watched:

Before I get into the awards, I just want to say that it has been a particularly good season. The stuff that has been good has been really good at least in my opinion. Sure, there have been some low points as well, but that has been more than made up for by the general quality of everything else.

With that, I think now is an apt time for a spoiler warning for the shows listed above. I won’t be spoiling all of them, but it’s worth bearing in mind if you intend to watch any of these. Now let’s get down to business.

It’s no secret I’m partial to rock music, and the opening theme for My Hero Academia is right up my street. A theme that gets me fired up to see some superhero action – or rather, heroes in training. Still, any theme that prominently features an electric guitar is something that I will enjoy.
Saying that, however, there has been plenty of great opening themes this season, making it hard to highlight only a few. Still, that’s what I’ve done with my winner and runners-up here.
Runners-up: “KABANERI OF THE IRON FORTRESS” by EGOIST (Kabaneri of the Iron Fortress); “Sharanran feat. 96 Neko” by miwa (Flying Witch)

A mysterious virus spreads to the crews of various ships, causing them to go rogue and start attacking allies. The crew of the Harekaze get caught in this mess when they are attacked by their instructor. The plot does pretty much serve as an excuse to engage in several different types of marine warfare, but they are all great fun to watch.
Runners-up: My Hero Academia; Sailor Moon Crystal Season III

Kabaneri of the Iron Fortress‘s main protagonist is an intelligent character – he is able to develop an anti-Kabane weapon, but is subject to people’s fear due to becoming a Kabaneri early on in the series. Regardless, he tends to push on no matter what, and he does have a few friends who implicitly trust him – Takumi arguably being the best example.
Runners-up: Izuku Midoriya (My Hero Academia); Josuke Higashikata (JoJo’s Bizarre Adventure: Diamond is Unbreakable)

A famed assassin from universe 6, he possesses the ability to stop time for 0.5 seconds using a technique called Time Leap. Hit totally outclasses Vegeta, and even fights evenly against Super Saiyan Blue Goku. During the course of his fight against Goku, he is actually able to steadily increase the duration of his Time Leap technique.
Runners-up: Tomura Shigaraki (My Hero Academia); Dokurokushe (Maho Girls PreCure!) 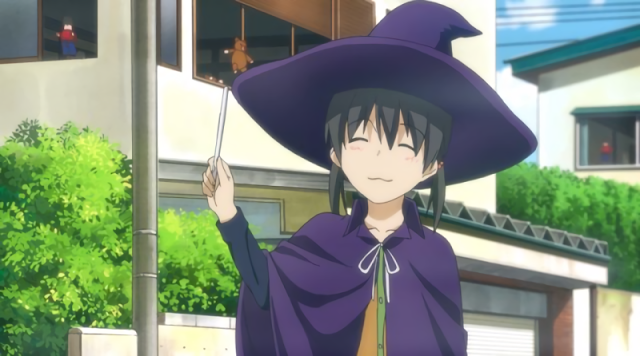 Flying Witch‘s Chinatsu is a child, and that’s exactly how she behaves. She’s wary of Makoto at first, but she quickly becomes fascinated by the world of magic and grows fond of her. She meets everything with a kind of wide-eyed idealism that is incredibly charming.
Runners-up: Raimu Kawasaki (BAKUON!!); Ren Ekoda (Anne-Happy) 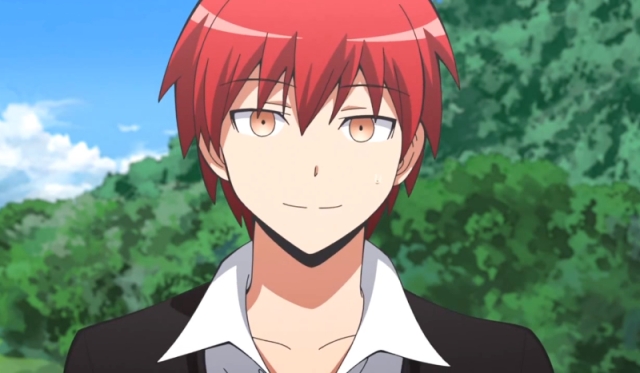 Probably the most intelligent student in Assassination Classroom‘s ‘End Class’, and the whole school if his exam results are anything to go by. It’s not just typical school work he excels in, either – Nagisa is the only other assassin from the class that could go toe-to-toe with him. Despite being intelligent, Karma isn’t exactly a goody-two-shoes – he was pretty much a delinquent until Koro-sensei came along.
Runners-up: Takumi (Kabaneri of the Iron Fortress); Koichi Hirose (JoJo’s Bizarre Adventure: Diamond is Unbreakable)

Best Cast of Characters
The crew of the Harekaze

High School Fleet has a fairly big cast of characters, with around 30 of them being the crew of the Harekaze. Despite the large number of characters, everyone has their own role to carry out and their own respective quirks. Sure, some get more focus than others, but it definitely feels like every last member of the Harekaze‘s crew is needed.
Runners-up: Flying Witch; Anne-Happy

Chinatsu has the best reactions

Really, anyone who actively fights in Kabaneri of the Iron Fortress could have this award. Still, Ikoma’s worth recognising as he develops an anti-Kabane weapon, becomes a Kabaneri and has been thrown off at least two trains and survived.
Runners-up: All Might (My Hero Academia); Sailor Saturn (Sailor Moon Crystal Season III)

Chibi-Usa became a much better character due to Hotaru

Whilst Haruka & Michiru were introduced in Sailor Moon Crystal Season III, it pretty much established the pair as a couple and that was about it. With Chibi-Usa and Hotaru, however, it definitely felt a lot more like we were watching a relationship develop from their first meeting onwards. Apparently Haruka & Michiru got a lot more focus in the older adaptations of Sailor Moon, but in Sailor Moon Crystal Chibi-Usa and Hotaru shone the brightest.
Runners-up: Hibiki Hagyuu & Ren Ekoda (Anne-Happy); Akeno Misaki & Moeka China (High School Fleet) 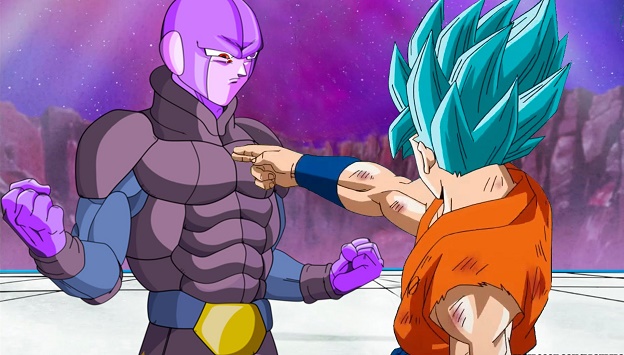 The whole universe 6 vs universe 7 tournament arc is great

Dragon Ball Super featured a tournament between the 6th and 7th universes, with the Super Dragon Balls being the prize for the winning side. There were actually a few decent fights here (Vegeta vs. Cabba being a particular good one), but it was the penultimate fight that I enjoyed most.
Goku, in his Super Saiyan Blue form takes on an assassin named Hit. Hit is actually able to stand up to Goku’s power and fights by pausing time for brief moments. As this fight goes on, Hit keeps powering his ability up, pausing time for longer increments. However, Goku pulls out an old technique and combines it with his newest form – Kaioken. Oh, and he takes it up to times ten.
Also, Chozetsu Dynamic kicks in at the climax of this battle, and I absolutely adore the theme music power-up trope.
Runners-up: The Harekaze vs. the Musashi (High School Fleet); Cure Miracle & Cure Magical vs. Dokurokushe (Maho Girls PreCure!)

The soundtrack was composed by Hiroyuki Sawano – I think that’s all that really needs to be said here. The song in the video is called ‘Through My Blood’, and can be heard in the 11th episode.
Runners-up: Assassination Classroom Second Season; Sailor Moon Crystal Season III

Best Finale
The Harekaze vs. the Musashi and a reunion 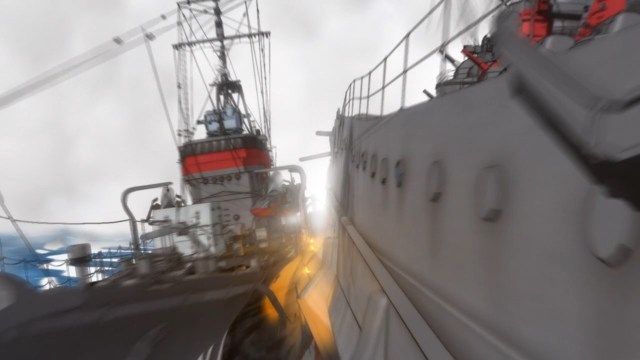 The Harekaze colliding with the Musashi

High School Fleet had a climactic final battle in which many familiar faces showed up, and we got to see Mike and Moka reunited. Though the Harekaze puts up a good fight, taking on the Musashi ultimately proves too much for it. Harekaze, we salute you.
Runners-up: Sailor Saturn awakens (Sailor Moon Crystal Season III); Graduation time (Assassination Classroom: Second Season)

Kabaneri of the Iron Fortress‘s ending theme is pretty great, but considering I’m particularly fond of the soundtrack I guess this shouldn’t really come as a surprise. We’ve actually had a whole load of great ending themes, it’s just that this is the one I favour most.
Runners-up: “Forever Dreaming” by Czecho no Republic (Dragon Ball Super); “Voon! Voon! Ride On!” by Reina Ueda, Nao Touyama, Yumi Uchiyama & Rikako Yamaguchi (BAKUON!!) 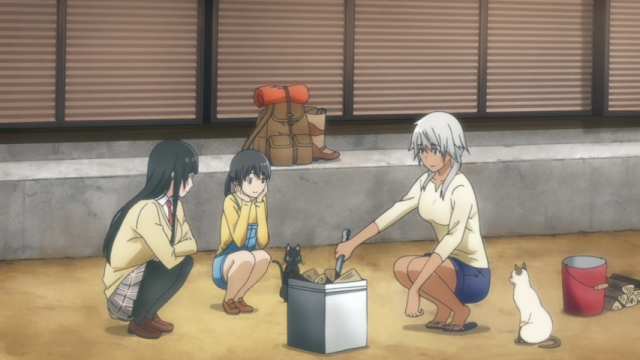 Whilst I enjoy the more action-oriented anime, for me this is the season where warmth and comfort wins out over that. Flying Witch is all about just kicking back and watching a witch-in-training and the people around her go about their daily lives. We get some fantastical elements, in addition to the normal stuff you tend to see in a slice of life anime.
Runners-up: High School Fleet; Kabaneri of the Iron Fortress

That’s it for spring – I think there’s a bit of variety on show here. I would like to mention BAKUON!! and Anne-Happy as well – both were very good too, despite the lack of appearances here. Spring has been an incredible season overall.