Moving on from the DX feature films, we have this short, with a running time of around 10 minutes.
This was originally all completely done in stereoscopic 3D, and released under the name Pretty Cure All Stars Deluxe 3D Theatre – the name in the title is what it was called for its DVD and Blu-ray and release.
Anyway, this one originally aired on August 5th 2011, at which time Suite PreCure was airing. Cure Beat makes her All Stars debut here.

There’s no plot here, this is simply 22 Cures dancing to a medley songs for around 10 minutes – though I do quite like the introduction.

It goes a bit Toy Story on us as a Cure Melody doll comes to life and exits a toyshop to find a giant screen showing her ‘real-life’ version. She is soon joined by Cure Rhythm, and then we see the regular Cures dancing.

The songs featured in this short are as follows: 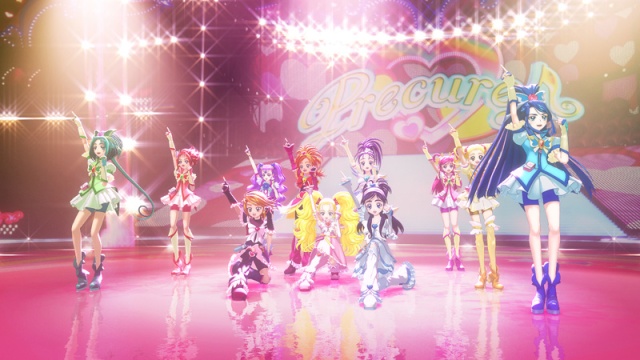 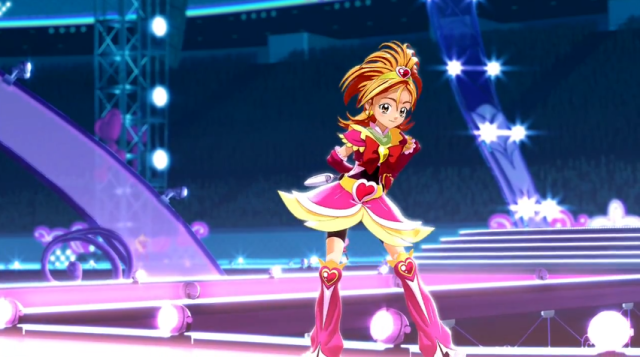 Arigatou ga Ippai – this one features all of the Cures, but I can’t find a screenshot of that, so here’s Cure Bloom instead 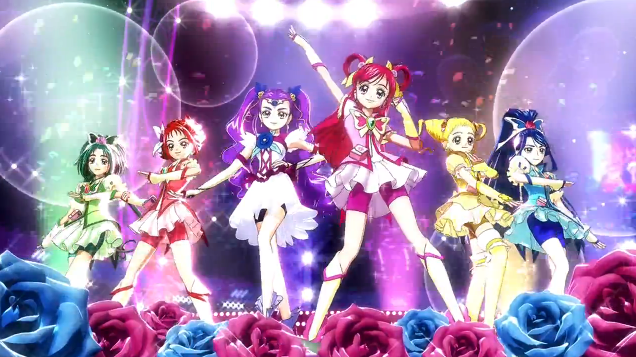 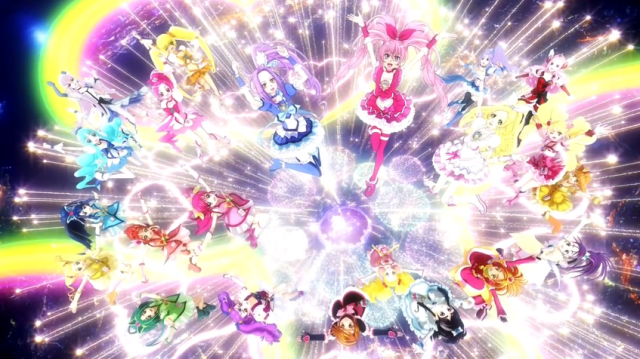 Come On! Pretty Cure All Stars

So this short uses some music from previous All Stars instalments, and throws in some new stuff as well. There really isn’t much to say about it – if you enjoy the dance sequences oft seen in the ending themes, then you’ll probably enjoy this as well. I suppose the music’s all right, and it does make for an all right 10 minute distraction.

Now I’ve finished looking at all the deluxe stuff, the Cures will be stepping onto a new stage…